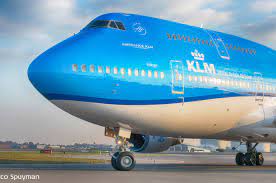 In the context of the economic reactivation, the KLM airline announced that as of June 29 they will resume three weekly flights on the usual Amsterdam-San José-Liberia-Amsterdam route.

KLM will fly on Tuesdays, Thursdays and Saturdays arriving at the Juan Santamaria International Airport at 1:05 p.m. and departing for Liberia at 2:45 p.m. From Liberia it will leave for Dutch soil at 4:40 p.m., according to a press release from the Costa Rican Tourism Board.

Gustavo Segura, Minister of Tourism said that "... we celebrate the return of KLM, they bet on Costa Rica, increase the number of seats for the coming months and promote the arrival of Europeans to the country, whose average stay reaches up to 18 days."

Segura added that "... the arrival from June onwards coincides with the beginning of the European summer, at the same time that more Europeans are expected to be vaccinated against Covid-19 and willing to travel internationally to a destination prepared with sanitary protocols such as Costa Rica."

The Netherlands is the fifth most important attraction market for Costa Rica.