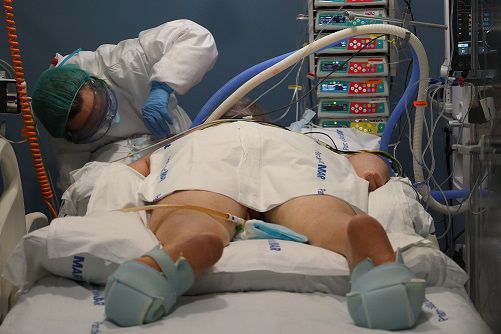 Costa Rica  which will open its its air borders for all countries in the world on November 1 has eliminated the requirement for a negative Covid-19 test for the entry of foreign visitors, as the high tourism season approaches, the government announced  Thursday,October 22.

The Minister of Tourism, Gustavo Segura, said that the measure will take effect from October 26.

The country began a gradual opening of air borders in August after the total closure of borders in March when the first cases of the coronavirus were detected.

The minister called on tourism companies to be "very careful" in applying the protocols to contain the spread of covid-19 to maintain the opening of air borders.

The country will maintain the requirement to purchase health insurance to cover pandemic infections.

"These measures help to recover jobs, which is so important throughout the country, but especially on the coasts", hard hit by unemployment, which affects 23.2% of the country, according to official figures.

HOLLY ...are you trying to say that you are so beautifullll that all the old gringos are all hitting on you? If you were a positive person, you would consider that a compliment. STOP putting everyone in the same bag. The problem is that some people are not seeing LOVE for what it really is: simply a feeling. And the definition of love is so simple that many do not even see what it really is. Let me share my personal one: you satisfies my needs and wants...I love you. I satisfies your needs and wants...you love me. The problem is that not many people can properly identifies theirs. Let me share a local example that I am well aware of. A 32 year old woman, with 3 children, having left her no=good partner, is getting married with a 73 year old local ( not a gringo). Why? Because, as she confided to me, he satisfies her needs to be able to educate her children. And him ? I do not know, but you and I could take a bias guess, I suppose. As someone you may know said: " Itis what it is ".

Jeesh you people make too big of a deal about things. Vagina in Panama is a commodity like a pound of bacon or a liter of motor oil. Don't try to complicate it into something more than it is.

There is no size or bag limit on the girls here so long as they are over 18. The hunting season never closes either. Cheap beer and young pussy that's the draw for Panama.

I certainly qualify as an "old gringo", but I can assure you I have never made advances towards any young women either local or gringa. You insist on painting us with a very broad brush. I for one am insulted by your insinuations. Take your over generalizations and stuff them where the sun don't shine.

Stop whining Holly you would take the money also if your boyfriend wasn't around. I bet you would have a sugar daddy in no time. Panama is for cheap beer , young pussy and nothing else.

Holly so sorry to read about your sexual aggressions at the hands of the old gringos here. Sadly Panama has become a sort of mecca for sexual predators from all parts of the world. While the typical old gringo thinks his advances are just a micro aggression the the truth is given the 50+ year age difference it's an assault. Avoid all old gringos here if you can. Stay strong Holly.

I am here with my surfer addict boyfriend. Panama was boring before the virus now it's insufferable. Why am I still here? My boyfriends grandma covers the cheap rent. The small beach here, while dirty, is not well policed and Brett could still get morning and evening surfing. Others in the surfing community have been fined or arrested but we so far have been lucky. Police roadblocks everywhere and they want to see that you are in posession of a face diaper, if not a fine. Being 23 I can relate to the creepy old gringo comments on this site. They hit on me all the time when we go to super 99. You see them white hair, shorts with skinny pale legs and old brown teeth. I always try to get to another aisle before they even try. Liver spots and all they think they have a chance with me. This disgusting mindset comes from them preying on so many impoverished local girls.

dumluk. You obviously don't live here or you would know better.

Dave.....you haven't talked to me. Been here a long time and love it. Spend some time in Syria and you'll quickly find out what a real police state is all about. They don't make you do community service, the shoot you.

Dave , What a lot of BS. There are few controls now left in place and the desperate anti government posts here are grasping at the last straws such as beach regulations. It was beaches and bars that blew it in Europe and look at that mess now. Been here for 25 years and seen no evidence of your police state nonsense. If you call avoiding dead bodies in the streets as found in other SA countries then Panama is far better than most spots and has avoided an overwhelmed health service . What is wrong with face masks to avoid contagion ffs. I lived in Asia for 45 years and it’s normal courtesy practise there and they have led the so called advanced west in tackling this pandemic.

Society here no longer functions. Fear of the police is high. Many people beaten or fined during this plandemic and that continues. Every expat I talk to regrets retiring here and they don't think things are going to get any better, to the contrary only worse. It's impossible to unload your property on an unsuspecting newbie now. Last night the debate moderator said that plans are for the world to be forced to wear masks until 2022. This is no longer about a head cold it's clearly about control. Panama is not the place to be going forward. These banana republics use force to control populations and we have seen a lot of that here.