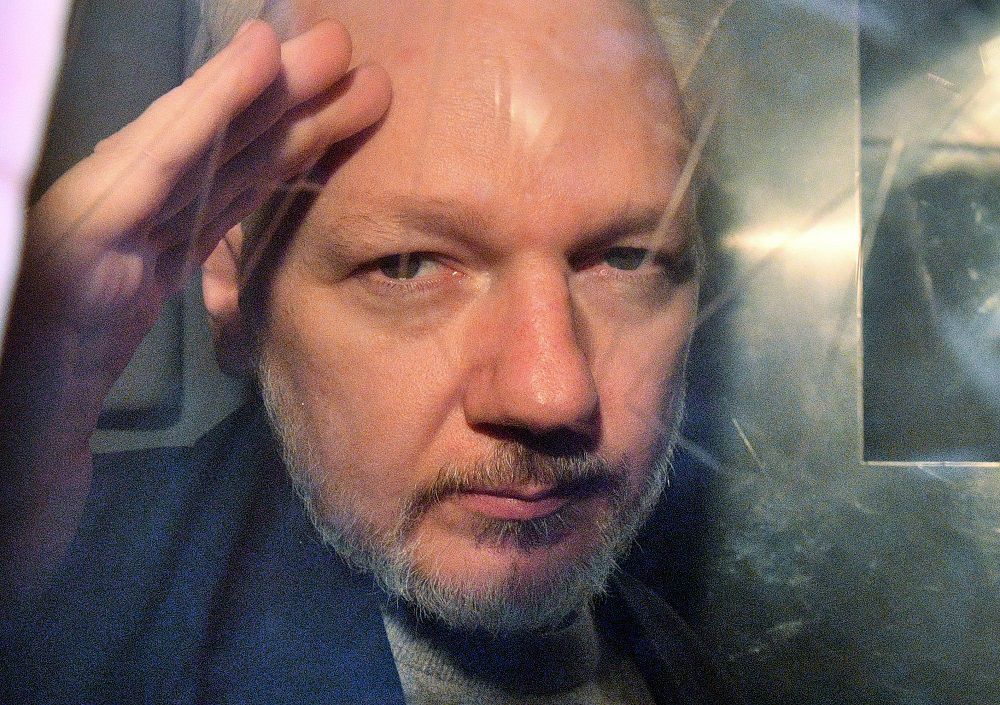 Julian Assange of WikiLeaks languishes in a British jail during a too-long wait for a court to decide if he can be extradited to the US where the government has made clear that it wants to put him on trial on charges that could land him in prison for the rest of his life, even though President Donald Trump was happy to quote from WikiLeaks research on his opponent, Hillary Clinton, during his campaign for president. “I love WikiLeaks”, he said.

The British and to a lesser extent the US press have done a poor job in uncovering state secrets in their country’s foreign policy until The Guardian and The New York Times linked up with Assange to publish his most damning revelations. And now after a long winding series of events Assange is being punished by a type of confinement that persuaded Nils Melzer, the UN’s rapporteur on torture, to issue a statement calling on UK officials to be investigated for possible criminal conduct in their stance towards Assange.

Melzer has stated more than once that he believes Assange is being subjected to “psychological torture” by the UK authorities. Melzer argues that UK policy “severely undermines the credibility of its commitment to the prohibition of torture….as well as to the rule of law more generally.”

The British press frequently writes about UN reports (many investigated by Melzer) detailing the torture and imprisonment of journalists in foreign countries but in the case of Melzer’s observations on Assange the coverage has been extraordinarily thin.

The UK’s Royal Navy has built a solid relationship with its Israeli counterpart. Yet in the last five years, there have been no articles in the British press exploring this, apart from in The Jewish Chronicle. When the Israeli air force completed its first-ever deployment of fighter jets to Britain in September last year it was widely reported by the Israeli press but there was no coverage in the UK press. Neither was there coverage of a government statement to parliament that the UK was providing military training to Israel.

The UK’s closest ally in the Middle East is Oman. Sultan Qaboos, who died in January, was installed by covert British forces in a 1970 palace coup. But a search of articles on Oman over the last five years reveals only half a dozen reports mentioning ongoing military training with none revealing the extent of UK military support, despite there being in that time over 900 articles on Oman.

Edward Snowden, the fugitive whistleblower from inside the US intelligence services, now in exile in Moscow, has revealed that the British intelligence agency, GCHQ, has had a network of three spy bases in Oman. The national press has not mentioned their names once, thus helping avoid their location. It has not sought to find out what taxpayers’ money is being spent on and why.

Saudi Arabia is the Middle East’s most important military and arms partner for Britain. In September last year, the UK declassified details of a two billion pound ($2.5 billion) program in Saudi Arabia which has operated since 1987. It is known as Sangcom, a wartime communications project. It has only been mentioned twice in the press over the last five years (in the Times and Financial Times).

Declassified documents also reveal how soldiers in the British Military Mission in Saudi Arabia are embedded in the country’s National Guard. The mission has only been mentioned once in the press over the last five years and that was in an obituary in The Telegraph.

The British government has been supportive of Saudi Arabia’s cruel offensive in war-splattered Yemen, which has taken the lives of tens of thousands of  children. In the first two years of the war which began in 2015 the British press hardly ever reported on it.

In more recent years the press have extensively covered UK arms sales, covering issues like the training of Saudi pilots and British officers’ presence in Saudi war operations rooms. But the press has ignored the UK role in supporting the storage and issue of weapons for Saudi aircraft, even though the government had reported them to parliament.  Likewise ill-reported is the fact that UK support for Saudi Arabia involves about 7,000 employees of arms firms, civil servants and seconded military personnel. The Saudis couldn’t maintain their high-tech war against the rebels in Yemen without such support.

The American investigative journalist Seymour Hersh has shown that the CIA and MI6 began in 2012, long before Russian involvement, to supply weapons to the Syrian opposition. It has been mentioned only six times in the UK press. Similarly, according to BBC Newsnight, components for making the deadly nerve agent, sarin, were supplied by British companies. Despite evidence of sarin’s use by the Assad regime only 1% of the total coverage on Syria has mentioned this. Moreover, Russia’s military involvement in the Middle East pales compared with the West’s, a fact too rarely pointed to.

Inconvenient truths are regularly downplayed or buried. Six years ago the American media organization, The Intercept, revealed files made available by Snowden on a secret GCHQ unit called the Joint Threat Research Intelligence Group, showing how it attempts to inject false material on to the internet. Many times the published material is attributed to some other organization. It has also conducted “fake victim posts” which seek to destroy the reputation of an individual by pretending to be his/her victim. Yet this secret group has been mentioned less than a dozen times, all buried in articles on other subjects, with only a handful of mentions since 2016. (This information comes from a South African NGO, The Daily Maverick, which has an enviable record of exposing the West’s clandestine activities.)

Compare all this with the media attention lavished on Russian government covert programs, where much of the reporting depicts serious alleged intrusion and manipulating offences by the Russian government without any mention of the serious research that shows that the accusations are wildly inflated. None other than the former US ambassador to Moscow who worked for President Ronald Reagan, Jack Matlock, regularly draws attention to what he considers to be unproven assertions.

The British and American serious press can be good but too often they fail in their task of reporting all the news, good and bad, especially on sensitive military and intelligence issues. They certainly don’t publish “All the news that’s fit to print”, as the New York Times’s slogan puts it. That’s why we need WikiLeaks. And that’s why Julian Assange should be exonerated.

Maybe the UK press feel these subjects are not ‘fit to print” . If national secrets are to remain so , why should Assange assume he has the right to possibly jeopardise those national interests and in doing so placing others lives at risk. I note there is nothing in the article about the alleged rape accusations he has escaped through time limits.

I am curious to know who wrote this article? Newsroom Panama doesn't give any information, which is quite strange!