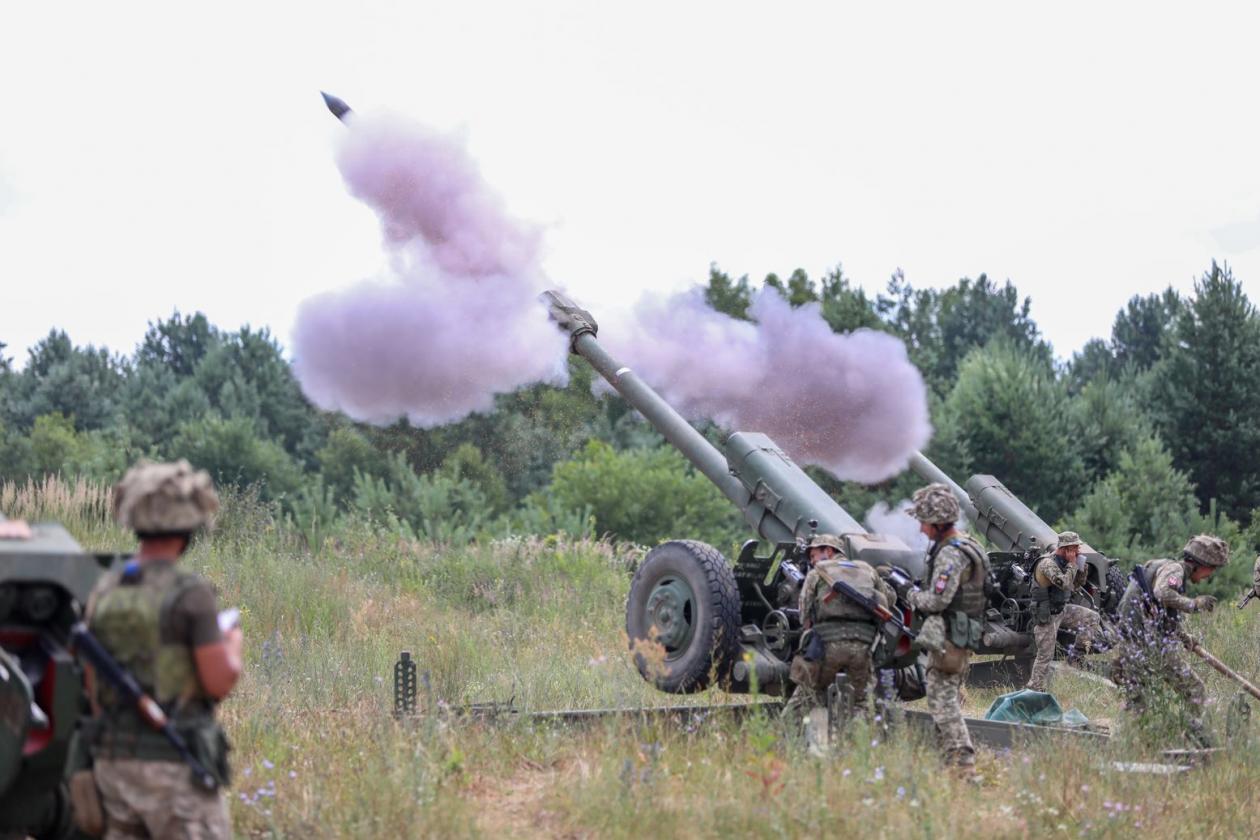 The struggle for the Donbas region in the eastern and southern Ukraine goes on, seemingly never-ending. It’s now six years since dissident militias threw off the yoke of the central government in Kiev and declared their de-facto independence. They were supported by Russian troops which at first president Vladimir Putin denied and then later admitted. It was the Russians who supplied the missile launcher that accidentally shot down a Malaysian Airlines passenger jet. Altogether 17,000 people, mostly civilians, have died in this conflict.

Negotiations, brokered by Germany and France, have been held on and off for six years. In December the latest effort was held in Paris. The parameters of a settlement are easily put: in return for Donbass being granted a large amount of autonomy (it could be approximately the same as Scotland has today) Russian troops would withdraw and the militias disbanded.

Nevertheless, the gap between the positions of Moscow and Kiev appears almost impossible to bridge, not least because the central government has been slow to reform itself in the way that the Western negotiators have demanded. The US and the EU have tried to encourage it to move faster but rather than using economic and military pressure to get it to the starting line they have taken a soft approach, indeed sometimes going the wrong way with the US  supply of sophisticated armaments to the Kiev government.

There is one very appealing way to cut through the impasse. It is for Kiev to act unilaterally and announce it is giving up Donbas. Why not? It is a drain on Ukraine, both politically and economically and Donbas offers little to the rest of Ukraine except territory.

Rust belt
Even now in the present day semi-frozen conflict Kiev is benefiting. It no longer has to subsidize what is in effect a rust belt of decaying industries and where unemployment is massive and inflation has soared. Nor does it have to deal with the region’s disproportionate number of corrupt oligarchs, political elites and criminal gangs.

Moreover, without the Donbas participating in Kiev’s decision making, the center has been freer to push ahead with economic reforms and improving the quality of its governance.

Indeed, much of the economic burden has fallen on Russia. No wonder that Kiev sometimes gives the impression it likes the status quo.

President Putin has created his own imbroglio and Russian popular support for Donbas has withered. The fighting has stalemated and the costs appear to increase every year.

concerned. It would only inherit an economic stew that it would be burdened with for years to come. It would create a Ukrainian resistance movement and millions of refugees. I suspect that a majority of Russians have “Donbas fatigue”.

Thus if Kiev ended its sovereignty over Donbass unilaterally it would be checkmate for Russia and a win for Ukraine. Since the Cold War ended Kiev has had an uneasy relationship with Donbass that has long been part of Russian culture, religion and mainly speaks that language. It should be happy to part ways.

Ukraine should count the benefits of letting Donbass go. The government could cut the costs for its military and no longer need to import expensive weaponry. If it succeeded in negotiations in winning Donbass back the economist Anders Aslund estimates it would cost $20 billion  to put Donbass on its feet again when Ukraine’s entire annual budget is around 26 million.

The environmental damage caused by the fighting is immense. The rust-belt factories are even more run down. Health services have been degraded. Infrastructure has been neglected. There  are 35,000 separatist soldiers. They have to be demobilized  and then retrained for civilian jobs- another significant expense.

Even then the tens of thousands of weapons in circulation would have to be run to ground. Inevitably some of these soldiers, enjoying combat, would remain a thorn in Ukraine’s side. Does the Kiev government need such an expensive mess? Surely not.

If Donbass were integrated back into Ukraine several million anti-Western voters would be added to Ukraine’s already divisive mix. Indeed, only because they no longer appear on Ukraine’s voter rolls Ukraine has been more able to pass the reforms of the last five years. The Donbass-based oligarchs would regain their foothold.

The one trouble with these arguments for letting the Donbass go is that Putin in his heart may not want eternal responsibility for the Donbass, with all its flaws and  troubles. Faced with Kiev saying it no longer wants the Donbass what would he do? In this situation he may capitulate to Kiev. Then Kiev would have no choice but to initiate a slow process of re-integration, despite the cost.

On the positive side, in time, as the fighting passed into a distant memory, Ukraine could be considered for membership of the EU. At the moment that is frozen which does Ukraine no good at all.

It’s a paradox but true: if Kiev says it is prepared to let Donbass secede it will keep it and the Russians will go.