When Truth Becomes the Victim 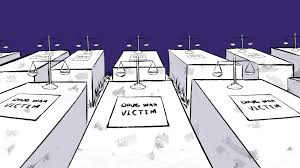 The new revelations of the protected witness “Euro 14” show that there was no pressure or coercion on the part of any of the prosecutors that the prosecutor in charge sent home after a complaint against him. The witness also reaffirmed his previous statements, which served to obtain convictions and ill-gotten money. The truth, once again, is manipulated by people who saw an opportunity to try to annul their cases by showing that the witness was led to testify against third parties against his will. But it has been "Euro 14" itself, despite its differences with the Public Ministry, which has denied what was publicized as fact: alleged pressure exerted on him by anti-corruption prosecutors. In this case, we will not see anyone apologizing, on the contrary, we will see that they will continue to repeat their lies in the hope of discrediting the evidence against them, of tarnishing reputations so that their victims are seen the same as they are, and sowing confusion so that certainty perishes. It will be difficult for the attorney to correct the course because, in the end, this is not a matter of justice, but of politics, in which the truth, once again, is the victim.- LA PRENSA, Dec. 2