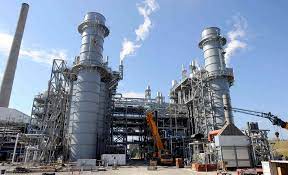 The President of the Republic surprised us all - except those happily involved - with the controversial NG Power project, which will be developed with other business actors, even with a 25% stake in the State, although this does not necessarily mean it means that it will have the same portion of the profits, since we have already seen how private companies "partners" in mixed companies, allege costs of all kinds to reduce the amount of benefits, especially those corresponding to the Nation. To this is added the controversy: the State becomes a judge and part of the country's energy sector, and this translates into favoritism ... and not for customers, precisely. Now, A lawyer requests information on the State's participation and the payment that NG Power shareholders would have received for transferring this state concession. And, surprise !: the partner company responded that it would not reveal anything, as it is a “private” transaction. All this begins with a bad step. What is private about a transaction involving the State? What are they hiding? The excuse is absurd. The lack of transparency is evident and suspicion is inevitable if, in addition, the eternal friends of power are involved LA PRENSA, Jun. 5