The "no untouchables" promise 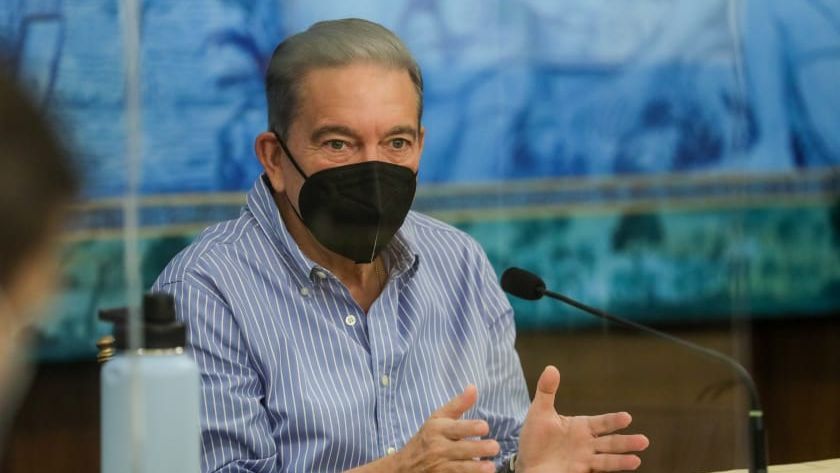 On July 1, 2019, the newly released President of the Republic promised the country an era of good government, fight against corruption and management of the State focused on eradicating the "sixth border" of poverty and inequality. The first half of the government year was abducted by disputes and conflicts within the National Assembly and between this body and the Executive power. After this, Panama fell into the clutches of the pandemic. The government's response to the health crisis demonstrated Cortizo's best instincts and the worst vices of his government team. In just one year, six ministers of state have resigned or left their offices, and countless scandals and controversies have marked the path of the rugged mandate. "There will be no untouchables ...", It was a hopeful phrase from that speech that languishes as an unfulfilled promise and causes the loss of credibility of the current government. The President knows how he can get it back.- LA PRENSA, June 29

OPINION: Tax hikes the "New Normal"
40
OPINION: Government off the rails
7
OPINION: Time for government creativity
6
OPINION: The arrogance of Panama&#039;s gove...
0
No one to blame for the multi-million boondoggle
2
Panama’s unthinkable ventilator gaffe
3

The PRD plus this corrupt childish stupid Regime must be removed immediately. Calling all lazy Panamaians. I f you don't kick out the meant to be dictators your country will be bloodless for ever. All these numbers of sick people here are provoked by Cortizo to install his new normal : The Noriega Dictatorship. But i gues they don't open the country because it would release the rats to the daylight.

My Panamanian employee says this administration is even more corrupt than Martinelli's was. Government just gets worse and worse, grabbing more and more power over the citizens and more and more of their balboas!

Panama | Government Leadership Controls Politics -n- Punishments. Facts: 1. Panama political leaders have automatic impunity. 2. Political leaders owes political election favors. 3. Political leaders (new) do not have the wealth of former corrupt government leaders. 4. Former corrupt government leaders ( one term ) have amassed... A. Fortunes B. Political connections C. Political underground connections D. Appointed cabinet members. E. Assured personal discretionary funds at expense of frugal state spending. F. Assured vice presidency corroboration. G. Paperless trail of political / business transactions...$$$. H. Balancing the state budget based on share of political members of national bodies...permanently unchanged. I. Establishing a willing General Comptroller partner. J. Establishing more hidden... asset / capital management as a business norm. K. Establishing a strong U.S. relationship to appear respectable and credible. L. Rewarding political circles to gain loyalties. M. Ignoring persistent annoying and good tax payer citizens and news journalists. Conclusion: The Presidency gets wealth and powerful friends in high places. Grey list and black list? What grey list and black list? Where is the money? You have to see my lawyer. I served my 5 year term, I have nothing to lose...no re-elections...$$$. My money has interests in the bank...discretionary spending (bank). The Panama president can keep his promise, if he wants to... What promise? What money? What corruption? You mean the goons from the news media are complaining again? The protesters? I took care of all that, don't worry. All that matters is that...some political leader gets on that stage!!! Where is my Panama coffee and...mi pan (PAN/$$$) y mi nuevo oficina.

Hahaha Cathair you got a way with words! The PRD are a marxist movement and the goal is to establish long term power. Cortizo can be replaced in 4 years he's not important. These leftists can plug anyone into the office and keep control with their marxist policies. It's the same with Hidin Biden, they will get rid of him in the first 6 months and then have some black leftists like Kamala running things. Luckily you can live in a Red area of a Red State in the USA like Tomcat and his wife are doing. You can watch the liberals burn and kill each other from afar. In Panama there are no Red States or Red Counties. The National police will enforce the leftists decrees to every corner. No place to escape in Panama what's coming.

Hidin Cortizo, as weak as Biden would be, what a damn shame, I hope USA takes out this trash but it's not anywhere near the top of the list. All that matters is that the Canal is still operating, to hell with the rest of the country. This guy needs a ventilator and his balls checked. My dead great grandmother has a stiffer spine and bigger testicles. I wouldn't be surprised to see one of his commie bodyguards looting an almacen for a training bra and some lipstick for him.