The power of the black vote in the US election 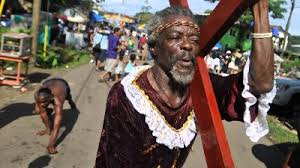 According to the New York Times, President Donald Trump’s re-election campaign is investing more money and resources in an attempt to attract African-American voters than any previous Republican presidential campaign. The Trump camp believe that with eight months of continuous advertising coupled with the opening of field offices in black communities it can peel off enough black voters to improve his standing by a crucial couple of points.

Are black votes so critical? Indeed they are as they are clustered in the denser populated states where they tend to vote as a more of a block than any other group. They can swing the election in several crucial states.

It’s strange that the pundits didn’t see South Carolina coming. In that primary, Joe Biden soared ahead of his rival Bernie Sanders after having been written off because of his failures in earlier primaries. South Carolina not only has a large black population it has in Congressman Jim Clyburn a deeply respected leader. Clyburn was able to rally 79% of the black population to Biden’s side. And that did it. Biden has not looked back since. Subsequent primaries have also seen the black vote going for Biden. This could well be the voting block that puts Biden over the top when he squares off with Trump.

This is what happened when Jimmy Carter, a white southerner, was elected president in 1976. The saying was: “The hands that picked the cotton picked the president”. I happened to be at the center of this amazing turn of events. I was and still am a friend of Andy Young who was Martin Luther King’s chief of staff, then a Congressman representing a district in Georgia and later the US ambassador to the United Nations.

I’d interviewed Carter when he was governor of Georgia and preparing to run for president. After a while, he asked me about myself. I told him I’d worked on Martin Luther King’s staff before becoming a journalist and that I was still friends with Andy Young and Jesse Jackson. “So what does Andy think of me?” the future president asked. In fact I’d talked about Carter with Young only a couple of days before and knew exactly what Andy thought. I replied: “He respects you because you are the most liberal on race of the southern governors, but he doesn’t think you would be tough enough on the issue to make enough difference as president. He probably won’t support you in the election”

Weeks passed, Carter had declared he was running, and Young and he happened to be at the same garden party in Atlanta. Carter went up to Young and rather angrily accused him of denigrating him, citing my conversation with him. The two ended up having a long conversation about Carter’s inner convictions and plans for the presidency. Convinced of Carter’s sincerity Young decided to support him. Young became furiously active. Wherever there were black votes to be had he was there, sometimes at Carter’s side, explaining why they must come out and vote for Carter. Young is a great orator and organizer and his impact was decisive. When Carter won the first person he thanked was Young, saying publically on a number of occasions that without him he would never have won.

Two weeks ago in a phone call, I had with Young he brought up this piece of history and joked that without me catalyzing this conversation at the garden party Carter wouldn’t have been elected. I felt proud. Carter was a good president and did much to help black people, immigrants and the poor. He was strong on human rights. As UN ambassador he gave Young an almost free hand in US diplomacy aimed at ending apartheid in South Africa and white rule in Zimbabwe.

Joe Biden is treading in Young and Carter’s footsteps. But this time there is the added advantage that Biden has been Barack Obama’s much-trusted vice-president. It’s true that the two men developed a brotherly affection for each other. Once the primaries are over Obama, the most sophisticated of all campaigners will be at his friend’s side at crucial moments. The black vote is assured. There is not much that Trump can do to beat it off. Indeed, with the way the poor have been treated during the Coronavirus outbreak, they need little extra encouragement to vote for Biden.

Most blacks think Trump, Republican legislators and conservative members of the Supreme Court are racists. Important parts of the Voting Rights Act have been rolled back and now often blacks find it harder to vote. Constituency boundaries have been altered to favor white middle-class voters. Some welfare policies have been retrenched. Even though unemployment has been slashed during Trump’s period in office many blacks know that the Keynesian economic policies that brought this about were begun by Obama.

If Hillary Clinton had had more of the black vote she would have won the presidency, not Trump. She lost by the thinnest of margins. It is doubtful that Biden will lose this time around.

To "snailbread" and "texrealt"...it no longer amazes me the level of ignorance displayed by the these two right wing nut jobs!! They have the awesome audacity to question one's support of Biden, when everyday their orange dotard leader shows his unmitigated ignorance and pettiness. 6' 3" up and down, 5'6" around, but every time he opens his mouth he displays just small and pitiful a person he is!! And you question Biden's qualifications?? Noone is perfect but I have never seen a more imperfect man than trump and your slavish devotion to his ignorance speaks volumes about your character....or similar lack thereof. Mr. Power do please cobtinue to write these insightful and factual pieces. We all know that facts are offensive to 45 and his lemmings.

Yeah, a "candidate" that is into LITTLE KIDS. There is a huge amount of VIDEO (!) Evidence that this Biden-Figure is a Pedo and Criminial. It is beyond my comprehension, how people STILL can have faith in this person, support this person, defend this person etc. THIS kind of imbecil behaviour is why the rest of the world points their finger to the US&A and laughs. Ignorance paired with naivity - 'MURICAAAA!

Thanks for this informative article. It helps Panamanians understand the dynamic position of the Black voter in America. As an African-American having lived through the period of time that Mr. Powers writes about, I can attest to its' accuracy. He is reporting what was, and still is, a snapshot of the political profile of the African-American community.

Powers is the most racist writer on the planet. He is constantly attempting to divide and pit blacks against whites for his ultra leftist agendas. Shame on Newsroom Panama for shoving his filth and vitriol down our throats. You can do better than this.

Pretty good article Johnathan, but the truth of the matter is Hillary Clinton lost because the waters were poisoned by Russian influence. They convinced, by flooding the media, that the Clinton Foundation was crooked, Clinton was responsible for the massacre at Benghazi, and that she was handling Top Secret e-mail traffic at home and on multiple servers. Not only did this media blitz make Whites dislike her, and a lot of Blacks lost the motivation to get out and vote as in the case of Barack Obama. Those voters didn't vote for Trump, they just didn't vote. More importantly, mixed with the aforementioned reasons, Donald Trump won the presidency because the majority of the White population resented the whole idea of a Black man being POTUS, and likewise resented any Democratic candidate with Obama-like ideologies.