The Horror  of public service 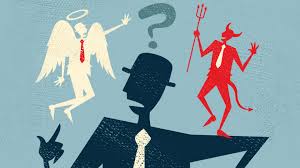 Public service in Panama was once an honor. Today, it is a horror. Conflict of interest is one of the most reprehensible behaviors of an official, but now it is one of the most common things among public servants who deliberately ignore elementary ethical principles in the exercise of their functions. These behaviors, in some cases, have criminal consequences, but justice in Panama is as or more absent than transparency.

Despite the fact that unethical behaviors say much more about the moral stature of officials, they often suffer contempt from them, since they consider it more urgent to face the criminal trial than the moral one when the second should be enough to disqualify them from public service.

However, given that society lives in an environment in which these behaviors are common, permissiveness has become customary and conflict of interest is now a part of everyday life that few question anymore. This is how, after decades of living like this, they have made us indifferent to nepotism, influence peddling, or those negotiated with the State. Either we wake up from this nightmare or we will end the failure of our democracy.  LA PRENSA, Aug. 31

Panama: Horror of Public Life... Sweetened by $$$. Panama National Assembly have their unconstitutional laws for their benefit. Benefit includes job securities and vast sources of adventurous wealth. P.N.A. dedicated themselves to delegations of welfare disbursement funds to various departments. Maintaining their own larger portion of the disbursement pie. Shortage of medicine and Social Security? Just an economic formality. Legal justification for the elite privilege has become the untouchables with rewards! So, what does Panama need? Jobs? Each department have their unaccountable payroll department at their discretion. Responsibilities? Pay out to those who deserve it, sometimes with non-work performance... discretion!