Regaining trust in the Electoral Tribunal 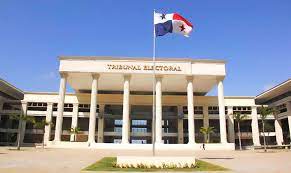 Given the ruling issued by the Supreme Court of Justice against a resolution of the plenary session of the Electoral Court (TE), endorsed by two magistrates in favor of a person who does everything he can to prevent justice from reaching him, it has been stained the reputation of the highest authority in electoral matters, the main guarantor of democracy.

Heriberto Araúz and Alfredo Juncá maintained the electoral jurisdiction of a former President of the Republic due to a non-existent principle of specialty, a matter that, moreover, escapes the electoral sphere.

The plenary session of the Court, with the exception of three conspicuous personalities who almost always support him, agreed with the administrative electoral judge despised by Araúz and Juncá and that she did dare to strip the privileged person of her privileges. May this ruling serve to correct course and respect the spirit of the law, without privileging anyone, especially in such an important field for the political stability of the country. It will be up to the plenary session of the TE to rebuild its reputation and credibility, which had cost so much to obtain, in order to recover citizen trust. LA PRENSA, Aug. 13