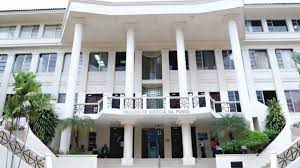 Once again, the Supreme Court of Justice - this time in a ruling drawn up by magistrate Hernán de León - justifies unjustifiable actions by denying the admission of a constitutional guarantee against the decision of a first instance judge that prohibited this medium from publishing photographs and investigating the case against the lawyer Janio Lescure, when in a recording in Spain he boasted of how he bought rulings and magistrates of the Supreme Court of Panama.  This is how some magistrates extend their protective mantle to the merchant, at the same time that they endorse the arbitrary prohibition of this medium from practicing journalism, thus restricting their freedom to express themselves, a fundamental and inherent part of the human being. It is surprising how, in the 21st century, when a democracy is supposed to reign in Panama there are still public servants who belong to prehistory, whose idea of ​​justice is the same as that of a dictator. But his action goes beyond his obvious ignorance of human rights. What underlies is not as hidden as they would like, since it is obvious that, by protecting the big mouth, its protectors are also protected. LA PRENSA, Apr. 5

Snake pliskin has all the attributes of a low information ignorant white supremicist orange dotard lover. How much money did humpty take you for?? For sure you didn't uncheck the box!! A fool with a little knowledge is still a fool. Just look st all your Q friends. Ignorant smallminded idiots driven solely by racism, homophobia and a destructive self-delusion that they somehow remain above those over whom they USED TO hold the whip. Now you are a sad fading clown with nothing to do but rant and rave while you watch your world disappear before your eyes. Take your daily pill and relax. Noone really cares what you say.

snake...you're the same homophobe you always were, making the same dumb ass comments you always do. Why come out of your hole now? You don't even live here.

Snake Pliskin, you're not very worldly wise, are you. La Prensa could only be considered left wing if compared to the messed up insanity they call politics in the USA. Compared to most other sane countries, it's very middle of the road.

Whats the matter with harleyrider. Didnt like your last stage name? Had to change it so people wont think you are a homo? which you are. I know who you are....or was.

What's the matter snake? Your eye patch bothering you again? Thought you were in Texas kicking some homo ass. And you comments are mighty bold talk for a one-eyed fat man.

Once again, La Prensa (the left wing bull crap news) gets it wrong. You whine and cry when your own people do this stuff but you want to blame it on the honest people. It is similar to the southern US border where the journalists are forbidden to report on Biden's lack of responsibility but when they clean it up a little, then they are allowed. NRP is just another left wing bullcrap website similar to all the websites in US. Before you answer harleyrider and SRAL, You are faggot left wing pieces of crap that do not impress me. I would love to meet you some day.