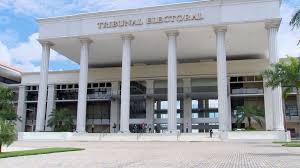 The electoral criminal jurisdiction remains an exaggerated and unnecessary shield against justice. As are the electoral rules, from the moment a person begins his participation in an internal process of a political party, it is covered by the jurisdiction.

Not only do the candidates benefit from this armor, but also the organizers, jurors, board members, and the party hierarchy are protected. This armor reappeared as a threat, in the case of Pandeportes, against former Adolfo Valderrama. After overcoming that obstacle, a collection of signatures appears on the horizon to call elections in the Democratic Change party. just when very high profile cases approach crucial stages and involve members of that party, These internal elections will give jurisdiction to many of those mentioned in prosecutors and courts.

The consequences of this generous shield are visible. The country has the opportunity to correct this abuse that they only have the candidates for elected positions in the final tournaments, .in the National Commission of Electoral Reforms, which will soon begin its work.  Keeping it as it is is another mockery against democracy and justice. - LA PRENSA, Jan 8

OPINION: When the going gets tough
2
OPINION: Panama a failed democracy?
11
OPINION - Panama - a country adrift
19
Panama’s signal to the world
10
OFF TH CUFF: The art of letter writing
2
The shadows of the dictatorship
10

Panama | Panama Papers World Journalism Report and Odebrecht Coverup. Brazil's Odebrecht Panama construction projects was a sum of $9 Billion Bribes amounts to at least...$90 million. >Link: Panama crisis as Varela accused of Odebrecht bribery links ... https://www.newsroompanama.com/news/panama-crisis-varela-accused-odebrecht-links He alleged that the bribes distributed by Odebrecht in Panama go well beyond the $59 million to which the firm had confessed to US authorities in December. He calculated that if Odebrecht obtained contracts in Panama for more than $9 billion, then the bribes that were distributed were "for a billion." <Link: Not accessible but text factual. "for a billion." or $900 million or whereabouts. Brazil's Odebrecht has a debt of $28 billion and has filed a restructuring for its debt. How much has Panama recovered is documented, but the Odebrecht company continues in Panama with their aged old connections with political influence mainly... former Panama president J. Varela. Opinion: In these high profile cases it can be expected there will be some powerful legal tools complicating the investigations for evidence with massive stall cases from the judicial system with vague legal arguments. As this continues with possible $billions stashed away in brief cases for direct deposits to foreign complicit banks...Panama suffers the crises to mention a few... lack of medicines, children's hospital, social security for retirees, farmers demanding their paychecks, and worst of all...lack of water that has already created a chaos in the streets of Colon. This after all the modernization (?) by Odebrecht in Colon...how ironic? I would presuppose that any Panama political figure up for a re-election campaign will be under more severe scrutiny with an abundance of suspicions with the backing of a corrupt system before a formal justice system of legal investigation could ever be performed.