Panama’s role in the Global Village 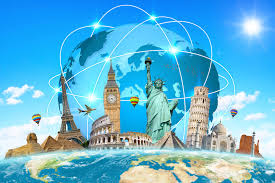 Everything seems to indicate that Panama will remain on the list of non-cooperative territories with countries of the European Union in tax matters, a list that will be updated next week. Panama has been fighting for years to get out of those black and gray lists in fiscal matters, despite the fact that international organizations usually change the rules of their considerations from one day to the next, but it does not leave one when it is already in another. Why does it happen so often? Unfortunately, it must be admitted: we are an openly tolerant and permissive society when it comes to corruption. We live and tolerate criminal acts against the State; justice does not reach politicians, who invariably succeed in any corruption or money laundering process, even in cases of common crimes in which they are involved. Consequently, In the face of the tolerance we have developed, there is simply no awareness of the extent of staying year after year on those lists. The world long ago became what the Canadian philosopher Marshall McLuhan called a "global village." Consequently, Panama cannot remain isolated. We are part of that "village" and we have to live by its rules. -/By hook or by crook, but one day we will have to understand – LA PRENSA, Oct. 1