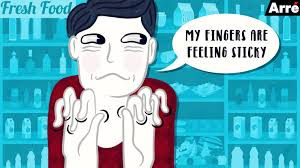 The latest news of the new mayor of the San Miguelito district is to have self-allocated thousands of dollars in mobilization expenses. It seems that the mayor, who runs the destinations of a district with numerous highly impoverished pockets and prisoners of common and organized crime - in the middle of the metropolitan area - needs to travel on commercial flights from one neighborhood to another to clear the green areas. That would be the only justification for such spending in a district of only 50 square kilometers. On top of the fact that his administration is that of a perfectly incompetent, now he has to be paid as if he were the mayor of New York. But Mr. Héctor Valdés Carrasquilla is not the only prodigious wonder. Like him, there are several other kleptomaniac mayors, taxpayers' money rustlers, who use the figure of travel expenses to raid the municipal treasury. But nothing happens here. They steal from us, and we: “Good! Thanks and you?". With this pandemic, which has impoverished the entire country, we have these parasites draining resources that could be used to save lives. But that money is surely to save their status and their parking lots. That's how unscrupulous these leeches are. – LA PRENSA, Jan 13.

Politicians only run for office for 1 reason, we need to stop acting surprised when this comes to light and as a bonus this term they get to go on a free power trip. Maybe voters will remember next election that theur mayor never stood up for the voters as the goverment was making stupid laws hatming their families

I get paid over $87 per hour working from home with 2 kids at home. I never thought I'd be able to do it but my best friend earns over 10k a month doing this and she convinced me to try. The potential with this is endless .here.....http://www.bizsalary.cf

Panama | No Constitution - No Regulations / State Funds Personal Lux Expense - Authority. Panama Officials in their capacity will justify their own personal expenses with the immediate use of state funds. State Funds Without a...[ Panama Reformed Constitution ]...Totally Irrelevant: Behind the scenes for these embellishments...henchmen in need of vast amounts of money. Mere body guards and campaign promoters for their re-election officials -BUDDIES / PALS. Legal attorneys specializing in...delay tactics for COOKIE JAR THEFTS! Maximizing public state funds with foreign election / construction contracts with high commissions, bribes and money laundering with the aid of front men... attorneys and bank officials. The smell of money is present everywhere with the underground. The smell of cigarettes, alcohol, gambling, prostitutes, drug underground connections and confiscation of drug lord money - INCENTIVE / WEALTH. Prisons underground cache of weapons and smart phones, communications not traced on a daily basis for a planned escape and if not the pleasures of women abound, strong connections. Panama National Assembly cover the vast $$$ thefts under the books leaving evidence for wide spread criminal activities covered by the Martinelli lawyers with simple basic delay tactics. News reporting...they should do their jobs...their hypocrits...(???)...(??)...(?)...more hams and Panamanians forget everything!!! BELIEVE IT OR NOT...THAT IS THE POLITICAL ELITE STRATEGY.