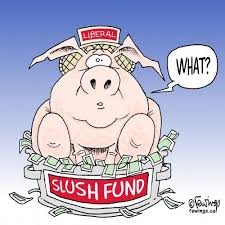 Ending  is a presidential administration that promised the country that it would do things differently. However, some old habits of the political class are difficult to eradicate. An example of this is the widespread use of the discretionary funds game of the Presidency of the Republic. These funds come from citizens' taxes, and their use, whether in trivial expenses or in urgent needs for the State, should be periodically broken down on the website of the Ministry of the Presidency. One month after the quarter ended, the amounts, their recipients and the invoices that support the expenses would be published. From July 1, 2014, to September 30, 2018, the Varela administration spent approximately $42 million. What happened later? It is unknown since the expenses for the last quarter of the year 2018 and the first quarter of 2019 have not been disclosed. In less than a month the current government ends, and citizens do not know the use of our funds, which are exceptionally available to the president of the nation. Rules and promises are useless if they are not met. The current government can still publish its discretionary expenses. It would be a pleasant surprise that, in its decline, he demonstrated frugality and good sense in the exhibition of what was spent. Transparency is not promised; it is always demonstrated – LA PRENSA Jun 2