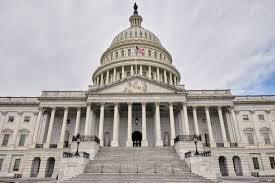 Opinion
849Views 2Comments Posted 05/11/2019
Share
The US House of Representatives seeks greater access to White House officials who are aware of Donal Trump's alleged efforts to pressure Ukraine to investigate rival Joe Biden. In exchange for Ukrainian aid, Trump would deliver military and economic assistance from the United States, which his government had paralyzed above the decisions of Congress and the recommendations of the Pentagon. The complex impeachment process requires that the House of Representatives vote in favor of it, and that two-thirds of the Senate, currently under Republican control, back it up. The latter makes it difficult for the result of this process to be Trump's departure from the White House. But nevertheless, the struggle for power between the two great political parties in the United States threatens to paralyze the international agenda. The commercial relations of China and the United States will continue to be blocked, just as any cooperation initiative for Latin America could be affected. This is another example of how conflicts of interest and partisanship are undermining democracies.-LA PRENSA, Nov. 5.
----------
L
Share
Previous Post
OPINION: Doing More Wth Less
Next Post
OPINION: Flouting virus rules costs lives

Panama | China Works are Slavery Against Those Perceived as Threats Facts after facts after facts... 1. China population of 1.4 billion joined the World Trade Organization in 2001. 2. China has riot protests from Hong Kong on its hands. 3. China has U.S. naval military fleets on it border... a perceived threat?! 4. China has Uighur Moslems (a million or two)… a perceived threat with forced labor. 5. China predatory lending for concession with any nation. 6. China intellectual property theft from its very partner the...United States! 7. China forced technology transfer from its very partner the...United States! 8. China hacked the U.S. Pentagon from its very partner the...United States! a.) 4 million personnel at the Pentagon whose personal information...compromised. b.) A national security issue from...China! 9. China does not want fair and reciprocal trade from its very partner...United States! 10. China uses political propaganda to influence voters and businesses in the U.S. 11. China states nothing can stop them! 12. China states he will crush and shutter (shatter) their bones...Hong Kong protesters! 13. China wants...ALL...the international China Sea trade routes! 14. China wants Taiwan...their runaway province, as they claim! 15. China and Russia align as a military naval unit force against their partner the...United States! 16. China supports Venezuela illegal president, Maduro who has killed 9,000 protesters a... former bus driver. 17. China, Russia and Cuba are complicit in the economic devastation and famine crises of Venezuela! 18. China does not care about Human Rights...Fair and Reciprocal Trade...Muslims...The U.S.A. 19. China wants to buy out large corporations and control the market and military apparatus. 20. China wants to force everyone, rich or poor, any person of race and gender into their control! What was this about...Trump? You mean the little guy with the funny hair? The one that the U.S. democrats hate so much? The guy that brought back jobs, manufacturing and the steel industry back to the United States. What about Panama? Panama former president Varela wants to have a mutual relationship with China? Varela brought up the idea that China wants the Amador Causeway for their headquarter? Varela and China contract / proposal includes a free $50 million restaurant at whose expense? Panama what? Gets the ham for the Christmas Holiday? From whom...Panama National Assembly? Corruption...corruption is endless and what about the magistrates of the justice courts? A joke? What about former president Ricardo Martinelli and his two sons? What about...what about...and now their is... [some say...] This is another example of how conflicts of interest and partisanship are undermining democracies.- - LA PRENSA. Where is the perspective of the global affairs in a nutshell. The article should state...The General Opinion based on the minimalist of facts! Too confusing for the audience or readers I might add.

The United States of America is not and has never been a "democracy". It is and has always been a Republic as in "....and to the REPUBLIC for which it stands..." in the Pledge of Allegiance. Democracy is two wolves and a sheep voting on lunch. The founders feared democracy and purposely built in safegaurds to prevent it from ever happening, to protect minorities from the mob mentality of the majority. Thank God they did.