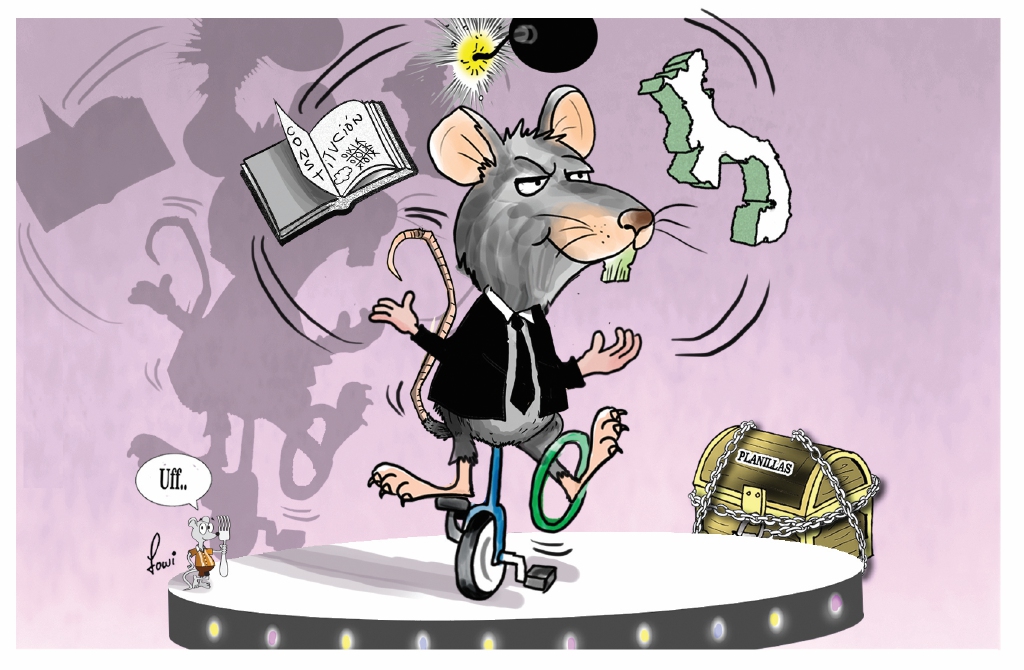 It looks like a three-ring circus, or perhaps, the general assembly of the owners of a dysfunctional condominium agreeing to approve an extraordinary fee. However, it is none of these. On the contrary, it is the most important exercise that the National Assembly has done in a generation, to revise the Political Constitution. The document developed by the National Development Council Council, which took approximately one year to be drafted, and which had the opinion of all political parties, now faces the reality of appetite, whims and personal yearnings of the majority of the dominant alliance within the National Assembly.

They have touched on individual guarantees, tried to change the concept of Panamanian nationality and are looking to redefine political and government institutions without any debate, or worse, justified by individual selfishness and ambitions.  For example, if a deputy does not want to be investigated by the Public Prosecutor's Office, the proposal advanced by the Council that reflects the feeling of broad sectors of public opinion is abandoned and.

At this rate, and with this speed, we will not end with a modern and democratic constitution bu ut with a coloring book, in which each one draws and paints in the way he wants. This is not the civic way to debate a constitutional change. LA PRENSA, Oc.t 19

OPINION - Panama - a country adrift
2
Panama’s signal to the world
6
The shadows of the dictatorship
10
OFF TH CUFF: The art of letter writing
2
Double dipping while others beg
5
OPINION: Justice terrorized
1

Panama | National Assembly Loves the (Wheeling) and )Dealings). N.A. negotiations is basically a contract that requires ($$$) as a consideration to be enforced. N.A. legislatures know that nothing moves without consideration. N.A. legislatures know large numbers of the assembly means large capital of importance / priorities. N.A. suit and ties and luxury travel all fits in to the negotiations. Want a deal? Meet me at the [Fancy Hotel de Panama]… we'll talk business. Panama limousines services at another famous Chinese restaurant... (not the $50 million one that former president Varela had proposed with his Chinese counterpart). China restaurant hears (wire tapping) and wants in on the big N.A. deal. China says did you keep the... "…appetite, whims and personal yearnings of the majority of the dominant alliance within the National Assembly." China says in other words... Is there immunity in place with the new proposal for a Constitution reform? China says bring your business to me... How much did you say is in the Panama state treasury? We can provide all the...ham...you like? The Isthmus wire tap business meeting...its easy!