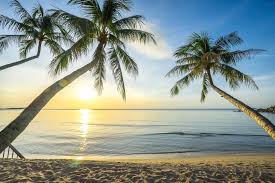 Tomorrow,[Sunday] when the sun goes down, the panorama of our country will have changed. I do not know if for good or for bad. That we will decide collectively hours before, in front of the voting corm . Everyone is free to choose the candidate that links to their reasons. Some will do it for personal reasons, others thinking about the country, that is, putting the personal aside. That will be on the conscience of each voter. But that's not what I want to talk about writes Ronaldo Rodriguez in his “Spicy Saturday” column in La Prensa

On July 1, a new government will take office. To achieve that, the candidates in the electoral battle, in their eagerness to win votes, promised us paradise. If the country that we have been drawn to becomes a reality, we will have to re-elect them, then, after five years, this will be a new country, perfect, without problems. That enthusiasm to solve, first, our problems, and then those of the country, will lead us to vote convinced that we will have - finally - the government and country that we all deserve.

Then, there will be no claims or complaints or reproaches. The deputies will make laws that will benefit us all; security will be one of our social pillars because that will no longer be a problem; Corruption, that cancer that eats away at us, will end with the new government because all the candidates have committed themselves to fight it without truce. Finally, we will be a first world nation in education, and justice, that great problem that we currently have with the magistrates and the Judicial Organ, will be history. The new government will end that.

Cars for all
Farmers will be happier than ever. In five years the imports that hurt them will end; the inequality between those who have more and those who are less favored will disappear. The next five years will end with so few poor people that it will no longer be necessary to build new Metro lines, because many of their users will be able to buy a car, maybe used, but they will realize their dream of having their own car.

In addition, there will be work for everyone. The economic bonanza will be such that we will not have to worry about crisis or inflation or degrowth. None of that, we will be a model.

Yes, they have promised us an earthly paradise. But now I want to ask: do you really believe that all this will be possible without the intervention of citizens? I do not think so. I'm sorry, but I've seen many candidates promise and I'm still living in the same country I lived in before they promised the same thing. What I want to say is that the vote is not enough to change the country. We need our participation. Leaving that responsibility to politicians is, precisely, what makes us what we are: fed up.