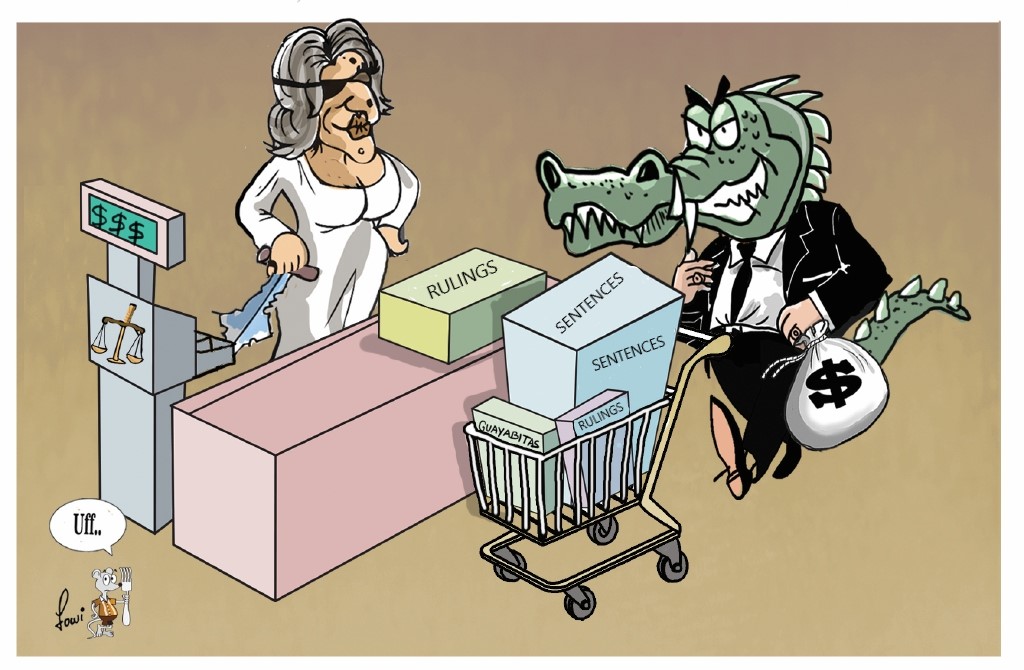 The scandalous statements of Panamanian lawyer Janio Lescure, which were recorded by an Israeli private intelligence agency, and that this newspaper has recorded all this week, should cause more than the morbidity in citizens and justice institutions. All actors in the judicial system must be clear and transparent when responding to the complaints and questions disclosed. Panama cannot keep a questioned justice, which is unable to justify its actions and validate the integrity of its members. President Laurentino Cortizo has in his hands the task of completing the justice reform initiated in 2005. The judgments and other proceedings of our courts cannot be prisoners of the doubt that they were obtained in exchange for 30 coins, or as a result of the most abject and disgusting influence peddling. The imputation last Monday of the son and the assistant of a former magistrate of the Court require that Panamanians take these efforts seriously. Never before, in democratic times, has the dimension of suspicion weighing on our justice been so evident. – LA PRENSA Sep. 6