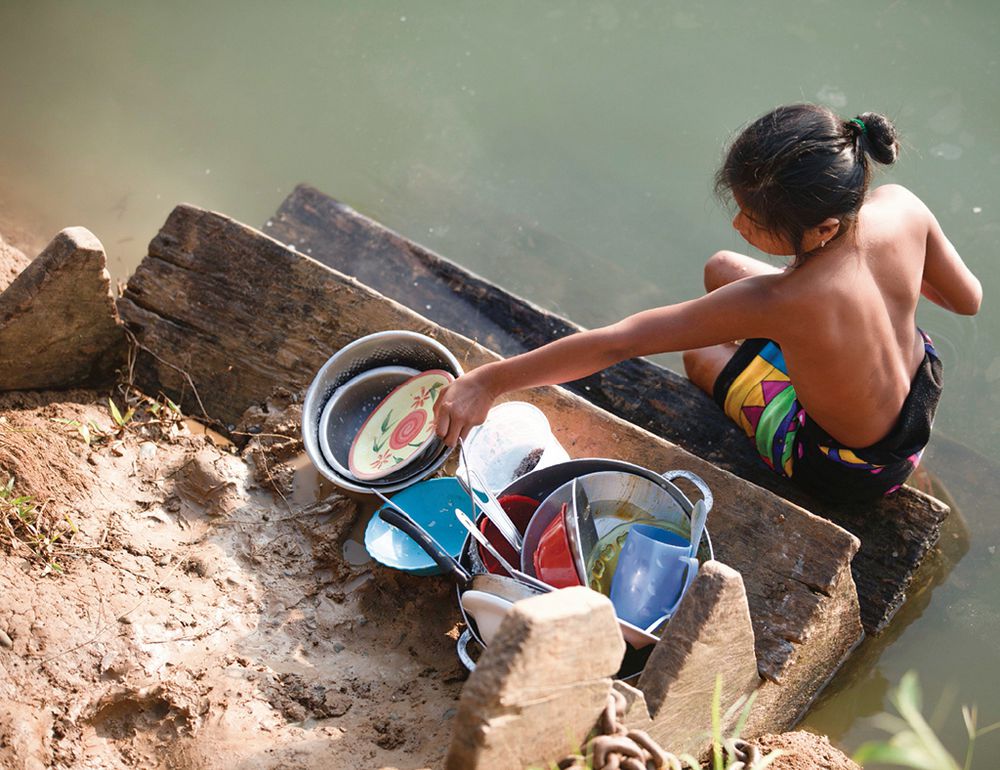 Opinion
812Views 7Comments Posted 29/11/2019
Share
Latin America is the most unequal region in the world. Although, according to a study by the Economic Commission for Latin America and the Caribbean (ECLAC), between 2002 and 2018, regional inequality decreased by 13.6% in the Gini index, this trend was not enough to reverse the Latin American reality In Panama, inequality was reduced between 2014 and 2018, but we are still the third most unequal country, among the 15 studied. Our reality marks the growth of the gap between those who earn more and those who receive less income. According to ECLAC, the countries that were most successful in dealing with inequality, such as Brazil, Chile and Uruguay, did so thanks to the fact that they allocated more than 14% of their gross domestic product (GDP), to social policies. In 2018, Panama allocated 8.8% of GDP for these purposes. If less resources are allocated, and negligently managed, or corruption and impunity is facilitated, the result is more poverty, more hunger, and more disease. The resulting inequality is a product of the weakness of the institutions, and the success of impunity. -LA PRENSA Nov. 29.
Share
Previous Post
OPINION: Doing More Wth Less
Next Post
OPINION: Flouting virus rules costs lives

I gotta start proof reading before hitting send. sorry about so many typos and misspelling in my last post!

Wesley I will take issue with you that these people are uneducated but not stupid. The book 'the Bell Curve" clearly illustrates that they are. trying to think that the local people here are on par with Asians or Caucasians is nothing more than political correctness. Any objective observer of Panamanians know the vast majority (not all) are inferior. The ruling class no this and have structured the society here accordingly.

Panama | Education: A discipline to focus on subject matter for knowledge. Focus matter for knowledge starts with reading should start early and at home. Reading should be combined with mathematical instructions. Reading should be combined with math calculation of date in history and geography. Reading should be combined with lunch money required for each student lunches. Reading should be combined with number of books and page assignments. Schools teach...Cat - In - The - Hat??? Schools teach English to the Spanish without emphasizing importance and relevance. Schools teach English without hearing ability to pronounce and read English sentences. Schools leave out reading with mathematical word problems. Students feel alienated and left behind. Students lack of math problems with reading, lack essential basic skills for other studies. Teachers only teach the basics, ABC's, 2+2, complicated word Spanish translation to English. Can a student actually memorize verbatim what the teachers explains while under supervision? No!...The teach at this point is talking while under supervision as if basically interviewed. Students do not receive nearly this kind of attention because teacher fear losing his / her job. Students text book needs to be...Radically relevant in subjects matters where information learned is put to use right away...such as lunch money required and their balance, Parents should be notified if the students balance is short for the welfare of the students. Teachers should be aware of protecting student from theft of their lunch money. Teachers not addressing basic fundamental math required problems for students are not effectively teaching their students how to survive for the future workforce!!!

The biggest problem here (as I see it), is the Catholic Church - any church that wants to deny sex education to children at a young age. Why? I think because more babies create more Catholic or whatever to the world. It has nothing to do with morality. Sex education does not teach young people HOW to have intercourse, but rather how to improve your health and prevent more unwanted, virtually un-cared for babies/young people. It teaches young people how to protect themselves from aggressive uncles, family friends, other young people who are sexually aggressive. How to prevent sexually transmitted diseases (which are rampant in any country without a meaningful sex education in the schools. The terrible education system here and in most emerging countries leaves young people vulnerable to exploitation in the workplace and in the bedroom.

Panama | Poverty Is a Stigmatism Prison is a stigmatism on a work application and doesn't go away. Foster homes / Shelters / Catholic run mission for children shelters are not the best education system. Children growing up without a parent and abandoned quickly become a child's survival. Lack of medicines and children's hospital leaves children disabled. Children grow up not able to communicate socially and effectively. Survival is how to get quick cash...(drugs and gangs). Mother's do not provide the welfare for their children. Children sex abuse cases, many forced into prostitution and never seen again. Smart phones leads to fake jobs for prostitution rings and murder. Diseases and desperation leads to hunger for women and children. [I was born into this situation and barely knew how to speak the native language]. Worst is knowing your mother does not know anything...uneducated! When I arrived to the United States I learned English at 9 years of age...not Spanish! Education in the school I attended was minimal at best, I felt the school didn't care. I lacked the social communication skills and learned it much later in life under...poverty. Sure there are those who are homeless living out of vehicles and manage to excel. That is a rare glimpse of success for a young man or woman. Somehow, this kid must have made a decision while totally abandoned. Somehow, I have survived with little disposable income but for how long? Can I just sell items on the internet and escape hidden business costs? Can I shrewdly sell like a conman? I just don't know. Poverty in Panama is personal and intimidating. Oh, I just want to read and start my career flipping hamburgers. That's how my stepdad got me started. The education system world wide does not as far as I know... start the education system early for children. It is not just 2 + 2 and 3 + 3 and you get an A, the teacher does not brag about. Education should be total exposure but text books were limited during my time. I still feel a whole world of disconnect with nothing but memories of being subservient. Then, there are the wealthy, impunity scoundrels smiling their way out happy as can be. Poverty? What is poverty? Having your mother send you with 50 cents to buy bread, forcing their kid to walk a mile bare footed on a hot sidewalk? Yeah, I have something to say about my great credentials while trying to date your daughter! Yeah, what is poverty? Does anyone really know!

Panama is 85% mud people with no education. Until enough people arrive to dilute the population and raise the IQ expect nothing to change.