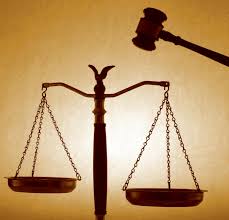 In the bizarre reality of Panamanian institutions, the number of judicial officials that can be part of the judicial career is determined by the Ministry of Economy and Finance (MEF). This entity is the one that sets the amount of expenses for the Judicial Branch. The separation of powers and the independence of justice languish each time a bureaucrat from Via España cuts off funds destined for justice. Of the $250 million requested by the Judicial Branch, the MEF recommended $166.8 million. This means that there will be no judicial career for the fifth consecutive year, nor will there be adequate facilities to give Panamanians access to justice.

In his campaign, President Laurentino Cortizo promised us better justice, however, the action of the MEF of his government says and does the opposite.

It is precisely here that the Executive Branch makes a difference so that we have professional and independent judges and courts that defeat impunity.

Without a budget, this is a promise floating in the wind LA PRENSA, Oct, 8