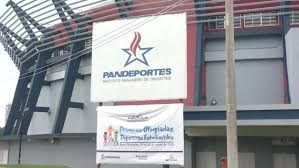 The Anticorruption Prosecutor's Office raided the Pandeportes headquarters yesterday, as part of the investigation for the alleged irregular handling of funds that this entity contributed to federations and sports associations, some of which were managed by deputies.

The discovery of this issue was the result of journalistic investigations that delved into the political replay of the pact of governability, translated into payrolls and with  contracts for the benefit of deputies related or allied to the government of Juan Carlos Varela.

The citizen reaction of rejection to this negotiated inspired the claim of "No to reelection", the force behind the defeat of some thirty deputies.

This achievement for democracy finds its backing in the proposal for constitutional reforms, which includes a clear ban on deputies administering public funds. And although the denunciations against these are paralyzed by the Supreme Court the change in the political culture provoked by independent journalism reinforces the notion that the freedoms of expression and information are fundamental to keep democracy alive. An independent, truthful and timely journalism that we will continue to exercise during the government that begins shortly.- LA PRENSA. June 5