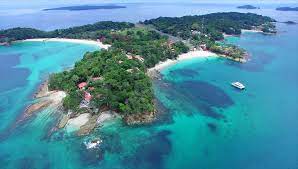 The Federation of Professional Associations of Panama (Fedap) has filed a legal action against the Comptroller General of the Republic for the alleged commission of the crime of infringement of the duties of the public servant since the organization considers that the official has breached his responsibility to ensure the proper use of public resources. Regardless of whether or not the complaint against the senior official succeeds, the truth is that he has not made a single public intervention to issue a report on the high expenses incurred by the Government to combat the pandemic. There have been numerous and all kinds of scandals, and none of them have generated an initiative in order to promote a public pronouncement, except that of the modular hospital that, far from questioning it, what he did was justify a work that is clearly irregular. Citizens are waiting for him to be held accountable, for him to inform us what he has done so that the money is not wasted, as we have seen in different projects. It is unacceptable that we are still in the dark after almost a year of spending and applications for multimillion-dollar loans about which very little is known. It is time for him to go out to render a report to the Nation on his management. There is no valid excuse for not doing it, except complicity.– LA PRENSA,Feb 3

OPINION - Cowardly exit, muddied reputation
0
Seeking the true reason for the AG's exit?
1
Payback time for Panama’s mayor
0
OPINION - a coward's signature
0
OPINION – The absurdity of Government  privileg...
0
When the fox in the hen house becomes the victim
0

Panama | Comptroller General Complicity Little Too Late...A Bold Defensive. Comptroller General is now seeped deep into the cauldron of... Panama National Assembly exercises of...[full expenditure norms of unaccountability]. P.N.A.C.G. has always been an institutional body of its own services replete with defense lawyers. Comptroller General has hush money underground operative sworn oath of loyalty...$$$. State funds are the lavish oil of government political elites in its own society. Panama president...[Cortiz administration]...does not cleanup corruption nor has he the will. Panama government is an international enterprise of underground operations that lends its reputation to proven tactics of lucrative mazes of projects. Panama lucrative mazes of projects are the bread and butter of James Bond actors. The lucrative mazes of a... PANAMA GOLD TROPICAL PARADISE RETREAT.