OPINION: Bridge of the Americas a neglected asset 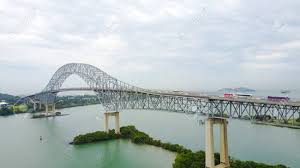 The Bridge of the Americas opened on October 12, 1962, initially cost $ 20 million. From 1962 until 2000, the maintenance of this majestic work was done by a permanent crew of Panamanian workers, who reviewed every detail of the structure. The cables were maintained, the slabs were repaired, the beams affected by the salt of the coastal wind were constantly painted and, thus, each of these heroic workers knew the structure and gave it timely care.

Several decades ago the government of Panama stopped maintaining public infrastructure with its own personnel and, instead, maintenance contracts proliferated. In the last 15 years, the country has invested around $100 million in the maintenance of the bridge, with the results in sight. There are dangerous gaps in the rolling. The 60 thousand vehicles that use this work on average every day must get around the road and the associated risks. While the new bridge is built, this condition and what comes along the road will have to be tolerated. The problem is not the bridge, but a State that is unable to take care of its assets. – LA PRENSA, Oct. 11

OPINION - Panama - a country adrift
2
Panama’s signal to the world
6
The shadows of the dictatorship
10
OFF TH CUFF: The art of letter writing
2
Double dipping while others beg
5
OPINION: Justice terrorized
1

When driving an engineer working on the construction of the new locks across the Bridge of the Americas hen commented that he was happy to be returning to Europe as the locks were almost completed. He said he didn't want to be riding across the bridge when it collapses - which he said is inevitable as it had been poorly maintained since the Americans left. I will admit, I hold my breath every time I pass over it -- which is at least once a day.

Well, the Panama government cannot complain about the acquisition cost. What is PANAMA's track record on all this "free" stuff? Being in CONUS, I have no idea. What happened to GORGUS HOSPITAL?

From 1962 when the United States completed construction of the bridge up until 1979 maintenance of the bridge was performed by the U.S. led Panama Canal Company. On October 1st, 1979, the responsibility was turned over to the Panamanian Government which was controlled by a military dictatorship.