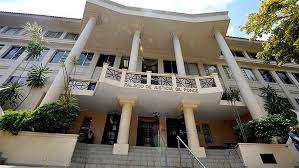 The investigations into the Odebrecht case culminate this week, after months of investigations that probably end up incomplete, given its complexity. Prosecutors have done their work in a hostile environment, with frontal media attacks, both from those involved and from politicians who intend to bury the case under a pile of formalities that seek not to get to the bottom, that the denunciations are discarded, as well as the bank pieces of evidence. But, beyond all this, it has become clear that our criminal legislation is undermined, made so that the slightest error on the part of the parties serves to annul complete investigations, when what is possible are less severe solutions, such as corrections. Both the Public Ministry and the Judicial Branch have legislative initiative that could pave the way to make judicial processes less formal and provide greater procedural guarantees to do true justice. The Public Ministry will now have to prepare a tax hearing in this case. He wants dozens of defendants to be prosecuted in an emblematic and very high-profile case. If there is merit to call a trial, the fate of the process will be in the hands of the Judicial Branch, which will have one of its hardest tests.- LA PRENSA. Oct. 13

Panama : The Fate of Panama Judges. When was the last time a Judge in Panama was executed in broad day light? Judges have been known to accept bribes and stay loyal to underground pacts. Who votes for the judges? The National Assembly? Let's have an investigation...against the legislatures themselves? The ones who elected their own General Comptroller for their... free access to state funds without public transparency of tax payers state funds? Okay...its [ALL] about the judges maybe not doing their job. Job requires every little detail not be corrected but totally dismissed!!! Under the guise of a complex case...you have to be a lawyer to know this stuff. Problem is...Odebrecht is Panama and Panama is corrupt Presidents and former Presidents! Why? Odebrecht funded with construction bribe money the support of the candidate to be elected. President themselves elect or appoint the...[judges]. I believe Odebrecht provided over the years...$9 billion contracts tied to political campaign. Odebrecht may have said...there is another $10 billion where that came from! Can anyone guess what would China say to play...their hand...into Panama's politics? Panama is China and China is Panama...[One China Principle]. Panama needs more surveillance and more...TIK TOC!!! More...Huwei 5 G networks and more Chinese / Russian military installations. More...concentration camps and the U.S. Democrats would say...whoopie!!! Seriously...corrupt leaders would do anything for...money and their is... no...transparency from economics and the national security of Panama. Lots of Chinese restaurants...shrines / religion...surveillance...and Chinese money / concessions! Chinese say...give us your money...give us your jobs...give us your manufacturing and steel industry, give us your Intellectual Properties...your personal information...your cooperation / spy network. Odebrecht does the...EXACT SAME THING...only it does it through political campaign support bribery money that comes through Panama state funds. Panama lawyers are just chickens running around with the fox. Panama lawyers and Panama National Assembly legislatures...you figure it out!