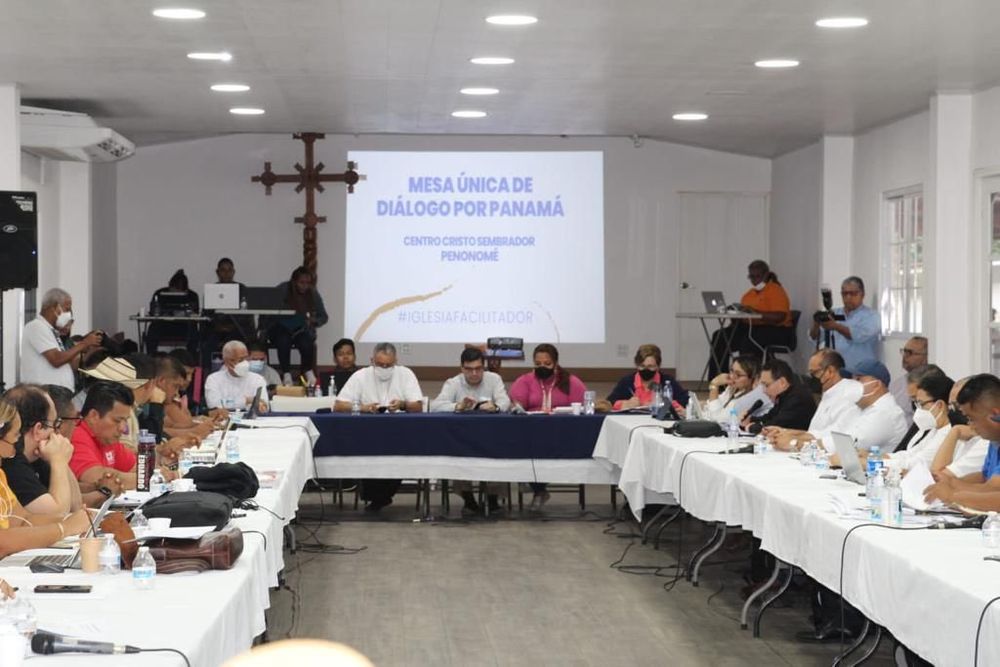 Can a Panama be built without the participation of all? Can goals be set excluding representative groups in the country? The single dialogue table, as it is currently formed, is sectarian, given that not all the actors involved are included in it. What is worse, decisions are being made outside groups that feel directly affected. It is as if the referee and team, in a soccer game, unilaterally decide who is the winner, keeping in mind the members of the opposing team, but without letting them participate in the game. What legitimacy can there be in the decisions that are made there if key sectors, such as producers, merchants and businessmen, are excluded? At this point, when that table has been making decisions for weeks, there are groups that have been asking for the same time to be allowed to make their contributions, propose solutions, and even be heard. But, on the one hand, there is the Catholic Church, which maintains that it is not she who decides who sits at the table, but the Executive, and, on the other, that same Executive, which maintains the opposite. And, in the end, nobody decides anything. The way things are going, this dialogue may end in failure, because it is illegitimate. – LA PRENSA, Aug. 12.