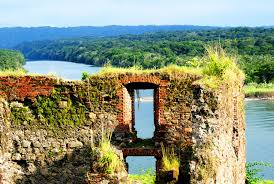 The very noble and loyal city of Panama turns 500 today. Between pomp and circumstance, official events will congratulate themselves on the achievements made by the country. Hidden among the mists of the palaver, there will be the reality of abandoning our historical heritage and that, precisely, the monumental complex of Old Panama represents the exception. Portobelo, San Lorenzo, Natá, San Francisco de la Montaña, Barriles, El Caño and the Sitio Conte, just to mention some of our most outstanding treasures, face official oblivion. Without the leadership of civil society and the most valuable academics and researchers the country has had, our collective memory would have been erased altogether. The 500 years of the capital inaugurate a time of historical anniversaries that should serve as a bridge between memory, Identity and imagination. In 2021, the bicentennial of independence, the 350th anniversary of Morgan's attack, and the foundation of Las Tablas will be fulfilled, in 2022, Natá celebrates its  own 500 years. It is not about organizing parties, but about connecting with our past, understanding our present and preparing for our future. LA PRENSA, Aug 15.