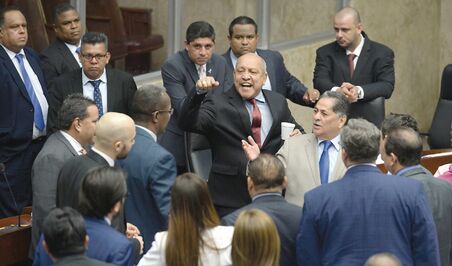 The Constituent Assembly elected in 1945 established in article 4 of the 1946 Political Constitution that: “The Republic of Panama complies with the norms of International Law” . That principle was neither gratuitous nor craving. It was the result of awareness in the face of fascist dictatorships, the Holocaust and other atrocities that made the constituents understand that for the survival of a rule of law we needed to obey international norms. Now, in this premature stage of consideration of constitutional reforms, it seeks to modify article 4 with a nefarious epilogue: "... however, the supremacy of national law is recognized".

The proponents of this beauty will have their particular reasons to aspire to Panama becoming a country of outlaws and overturn the pyramid of the jurist Hans Kelsen, who placed international law above the national and is the theoretical foundation of the study of law in Latin America and Western Europe.

The conception of the deputies can only hide the dark poison of those who believe that there is a gender ideology that will be imposed by international agencies, or there is a national blood to defend and an inalienable right to impunity. Hopefully, we wake up and it's just a nightmare – LA PRENSA, Oct 20

Panama | National Assembly in Violation of Article 4 Against International Norms. Panama National Assembly... … it seeks to modify article 4 with a nefarious epilogue: "... however, the supremacy of national law is recognized".<<>> The [KEY] the N.A. does not want to abide by makes this a violation against civil liberties. The [KEY] should be the focus of this hypocritical debate. The Cambio Democratico does not want to allow article 4 demonstrates their agenda for a Socialist government and for the purposes of control and self enrichment. What choice is there but to march the streets and protests the modification by the National Assembly for their purposes and (not for the people). Purposes for a Country of outlaws or control through Socialism and self enrichment. In political matters...it is best to be precise as the whole outlook hinges on the... facts and motives of the dual minded political objectives.