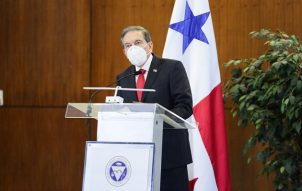 The scope of the presidential power in a centralist state is extensive and varied. Thus, the discretionary departure of the Presidency of the Republic confirms the inefficiency of the government apparatus, which does not have the speed of reaction or the ability to manage in the face of various situations, which are answered from the Presidency.

The government of Cortizo has spent four million dollars of the discretionary game in the first six months of its mandate. An important part, paying debts of the government of Juan Carlos Varela, and another, assuming costs of health services, scholarships and awards that ordinary institutions do not contemplate.

The generosity and sensitivity of the President on duty, with the taxes paid by Panamanians, force us to ask ourselves a question: if these needs are predictable, why are they not included in the general state budget? In the era of the containment of public spending, at this speed, President Cortizo will use during his term, about $40 million that could very well be allocated to other uses or perhaps to other entities that, with the same or greater sensitivity, could meet the needs of Panamanians without the touch of a presidential favor.-LA PRENSA, Jan. 25