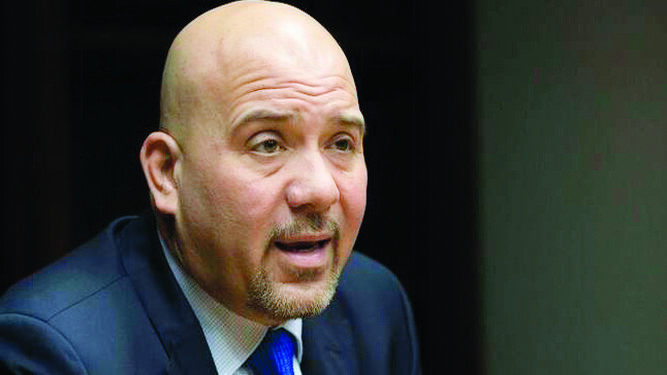 The decision of the President to dispense with the services of his Government and Public Security ministers - visible heads and heads of national security - is a message that is received as a first good step to face the rising tide of crime and corruption that face the country.

However, it is only the beginning, because neither a minister nor a uniformed person can solve the problems of such enormous complexity, such as crime or corruption inside and outside the security institutions. Public policies are needed in which the whole country must participate; It is necessary to measure and make decisions based on results and not based on political harangues. For years, presidents have appointed uniformed or ex-military officers in positions that were once occupied by civilians, thinking maybe that being knowledgeable about security issues could solve this problem. The main consequence has been erratic policies that have allowed it to become worse.

Mr President, this country belongs to all its nationals, not only to the party in power. And for more good intentions and knowledge that the new designated have, they, by themselves, will not be able to solve this crisis. –  Hoyporhoy LA PRENSA, Feb. 5

Panama | Former President Martinelli Current Political Agenda...National Security Risk!!! News Room Panama describes many of the corruption issues in Panama. Corruption issues required the attention of the public without true solutions. Panama protesters against corruption were aggressively suppressed. Panama Constitution reforms lacks the basic [IMPEACHMENT] articles to preserve Constitution from abuse of power...[FLAWED]!!! Former president Martinelli has formed his new political party and essentially will rise above the crimes of allegations to a dictatorship as...[THE BOSS]. Panama president Laurentino Cortizo lacks true political grit and exercise of power and has allowed the former president Martinelli to plan his next move for complete control of...Panama! Martinelli has the Israeli Pegasus equipment, connections with [HUNDREDS] of his pardon and released Panama prisoners and connections with the underground /corrupt... Guatemala Parlacen Impunity System of disguised legitimate government officials and businessmen. Martinelli has connections with Guatemala Parlacen underground run by the... Mexican drug gang operations filtrating government agencies on their way toward the United States for the profits of huge $100's [BILLIONS] in bribes, kickbacks and money laundering schemes. MEXICO / GUATEMALA PARLACEN / FORMER PRESIDENT R. MARTINELLI AND SONS... GRAVE NATIONAL SECURITY RISK TO THE U.S. AND GLOBAL FINANCIAL SYSTEM!!!