Latin America turning the clock back 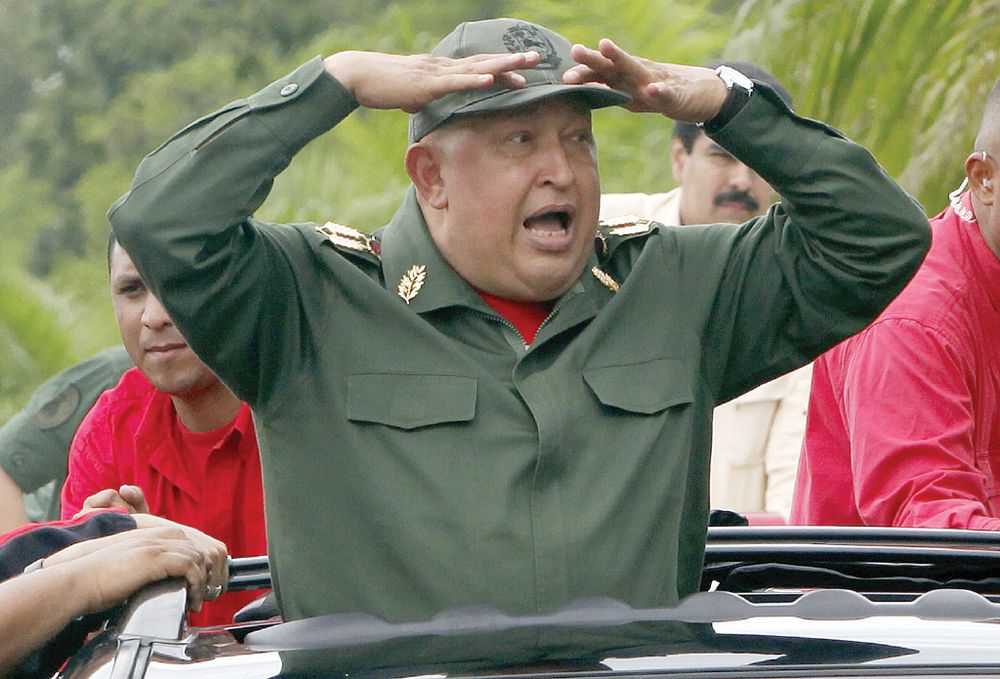 In 1997, the political scientist and journalist Fareed Zakaria coined the term “illiberal democracy” to refer to the political systems in which, by electoral means, an autocratic force obtained power and proceeded to dismantle the institutions of control, such as the Judiciary, the Electoral Authority and all necessary to facilitate their permanence in the government, maintaining democratic forms, but in asymmetric conditions writes Rodrigo Noriega  in La Prensa

Latin America works like a Swiss clock in terms of the synchronicity of political cycles. We had a nineteenth-century of independence, warlords and civil wars. A 20th century of economic modernization, nationalism, military dictatorships, and cut democracies.

Now, the 21st century presents a cycle of intense authoritarianism from the right and the left, which except for Cuba insist on dressing up as democracies.

When examining the European or North American 19th century, the historical lessons speak for themselves, telling an account of a constant struggle between competing powers, some to establish and expand the rule of law, and others to maintain the status quo.

In Latin America, our struggles were for the dominance of the State and the factions in dispute basically shared the same purpose, and with occasional exceptions such as Justo Arosemena, both visions ended in caudillismo.

The Cold War took a huge toll on Latin America and did not end with the fall of the Berlin Wall.

From the assassination of Jorge Eliécer Gaitán in 1948, in Bogotá, to the 2009 coup and the 2017 electoral fraud against Manuel Zelaya in Honduras, there is little room for the development of democratic institutions in the region.

Populist regimes that come to save everything and change everything become, precisely, a permanent crisis of political power, so that in the end the rule of law yields to the will of the boss and democracy is only an electoral exercise.

A toxic mix
Almost all of Latin America is blessed with an enormous wealth of natural resources. This favors extractivism, the domination of the economy by extraction and export activities of one or more natural resources in a centralized way.

This exaggerated economic dependence facilitates the formation of generous governments and the maintenance of a clientelist culture.

There is a group of countries that is part of the logistics chain for the main Latin American export, cocaine. In the absence of diversified economies, an equitable distribution of wealth and great institutional fragility, Latin American countries participate in drug trafficking and its profits are paid in deaths, corruption and organized crime.

In the last decade of the century, only Uruguay and Panama have escaped the great upheavals, protests, and popular revolts.

Chile had to face a gigantic rebellion triggered by an increase in the passage of the Metro, Costa Rica faced the same due to a tax initiative.

Now, Colombia suffers its worst social upheaval in a generation. The government of Iván Duque was left without the capacity to manage a response to the crisis, except for the dispatch of the military, which led to the activation of paramilitaries, to calm the streets.

Its governance is in a frank decline and, given the existing political vacuum, there is no one with whom to negotiate a truce, because

Democracy is something pedestrian, that is, it is a process that must be built step by step and that manifests itself in constant progress, perhaps too slow, for society. By definition, democracies are inefficient, since they only do what can be agreed upon, and that the norms and institutions allow them to do.

In contrast, an autocratic government, be it Chávez, Menem, Fujimori or Bukele, can do things faster, harass those who were traditionally seen as corrupt and unpunished and, most importantly, apparently they can "distribute" the wealth more quickly.

These illiberal democracies have to make Faustian pacts with the military, the transnationals, the drug cartels or some international power that provides them with concrete support with which to prop themselves up in power. If they are removed from the government, the republic becomes ill, as Argentina, Ecuador and Peru testify.

The governments following that of the autocracy have been seen as weak, incapable, and while the balance of power is readjusted, a multiplicity of crises and confrontations between the institutions of the rule of law are manifested. This weakness and inefficiency of post-authoritarian democracies is the germ that feeds the new cycle of populism.

Latin America may well lose the 21st century. We are less and less important in the world economy and for the northern countries we are the source of serious problems: corruption, drug trafficking and irregular migration.

The great Latin American agenda to rescue democracies and, therefore, our nations, has two great tasks. One in the short term, is to revolutionize justice to reduce impunity to a minimum and control all abuses of power, public and private, without hesitation.

Only legitimate justice will give democracies oxygen to be able to fulfill the next task, the long-term one. The real reform of the Latin American economy begins in the classrooms, continues with banks and financial companies and advances in laboratories and scientific research centers: we have to democratize capital, improving education and developing new productive activities, more profitable at starting from innovation and technological development.

There are no miracle cures. Only good governments with responsible citizens can change the destiny of this region.

Chile is the latest country to turn communist with the recent elections.

Panama: Good Government... Authoritarian Underground Crisis. Panama admittedly, has to enter into some kind of basic stand foundation for democracy. Panama complex solution lies in neighboring corrupt underground authoritarian governments. Panama's former president Martinelli has the... Pegasus (Israel's Spy equipment) to sustain his ideal government purposes. Panama's Pegasus is the life-line good or bad at this stage to maintain a bearing of... corruption body connections to communicate resolutions and terms. Martinelli has that vital communication connections with his whole of government pact and loyals. Panama's past sins cannot be erased with the new corruption norms and the new... corrupt tools of technology lie in the weapons of choice akin to the possession of... Russian nuclear missiles. Panama's Martinelli power will continue to prevail in victory solely on the... Pegasus - Key. Panamanians want information... a world norm and Martinelli can easily provide this insatiable appetite, because this makes Martinelli a... God! Martinelli... Grey haired respectable politician with Italian connections who epitomizes the success of Italian tradition with the wine of elite wealth distribution. Panamanians could only hope that the bread he distributes to the poor will be enough to suffice for the day as the elite front men financial bankers arrange the structural climate communities on their coastal Panama islands-operations headquarters... Pegasus underground / Martinelli. Panama will evidently and obviously form a quasi-government with proxy political war interventions with their secret society of their... Trojan Horse annexation of Panama to Italy for their state wealth. Italy will form a true Centralized political government of a control maritime paradise grandeur. Only way Panama can defeat this Italian operation is through an international clandestine operation to eliminate and destroy the... Pegasus spy equipment and embassy data base of vital information. Once destroyed, Panama can begin to form a new modernized democratic constitution with Martinelli solely out of the way. [Clandestine elimination of the undesirables in Panama's sphere must be done elaborately and meticulously with every cooperating intelligence forces with perfect timing and minimizing to the fullest extent the underground political foreign elite counter measures of retaliations legally and potentially to attempt to gain their international sympathies for their underground authoritarian self-enrichment and honorable conquest of Panama with justification]! Forget the age-old government cycle of repetitious ignorance in the annals of... Panama's Latin history. Panama is now in the vacuum mercy of foreign alliance controls since the new... Panama Canal expansion was completed as, I vehemently predicted by various means. This will take international effort led by the United States before the new re-election by the former Panama president Martinelli and the Sons of the Underground... supposedly, two promising, innocent, educated brothers... blood suckers of Panama's economy.

It would appear that Latin America is finally succumbing to Communism. Colombia is in throws of turmoil now with an ex Farc Guerrilla and friend of Hugo Chavez about to take power. Remember the name Petro because after Colombia falls Panama is next. Oh wait Panama fell before Covid when the hard left Noriega party PRD took power. We have seen their abuses for over a year now. Expropriation of properties will one day come. If you don't believe me ask a Venezuelan who fled. All those Boquete gringo houses will make nice weekend retreats for high ranking party members.