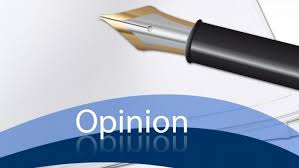 Seneca already said: “ Nothing is so much like injustice as late justice" And our Supreme Court of Justice, in addition to fanning impunity, when it tries to do justice ends in a cartoon, because many of its decisions arrive so late that they end up being unfair to their protagonists. And of these failures abound, some of them, emblematic, like the one that decreed the nullity of the land concession contract where the Playa Bonita hotel was built, in Veracruz; or the case of the law contract with the mining company Petaquilla - which now has Minera Panama in limbo -; or the few failures that cancel environmental impact studies when the projects they refer to have been executed, or a very recent one, in which the Court lost jurisdiction, after years of having the Cemis case in its hands. And now the magistrates issue a ruling on a land conflict in Darien that comes with years of delay and that will probably cause new conflicts, as they already occurred in the past in this same controversy, in which several settlers were accused of having invaded land Indigenous people in Darién. Doing justice is a privilege, but doing it late is a mockery.- LA  PRENSA,  Jan.26