Inhumane theft from the charity lottery 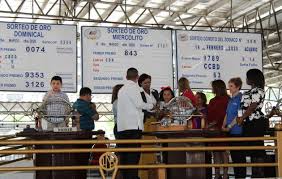 There are political commitments that allow officials and individuals to steal from an institution created to help and contribute to social works, such as the National Charity Lottery (LNB). Another official until recently with administrative responsibilities in the entity has been accused of being part of an organized network that claims lottery prizes when the winning tickets and chances should have entered the institution as a return before each draw, but they collected the money and shared it.

It is simply inhumane to steal from the LNB, since its profits are used to promote culture, to help noble causes, and solve the needs of the less favored population. But these people are of the worst kind; without caring about the consequences, they steal from the one who has the least. The president of the Republic, instead of taking away from Molirena that piece of the government cake that seems to be the LNB, what it does is protect the leadership and members of that party, and that is why they do not flinch every time some irregularity is discovered, as happened months ago with a similar scandal. Hopefully, this time justice reaches all those involved in acts as execrable as this. – LA PRENSA, Jun. 12.