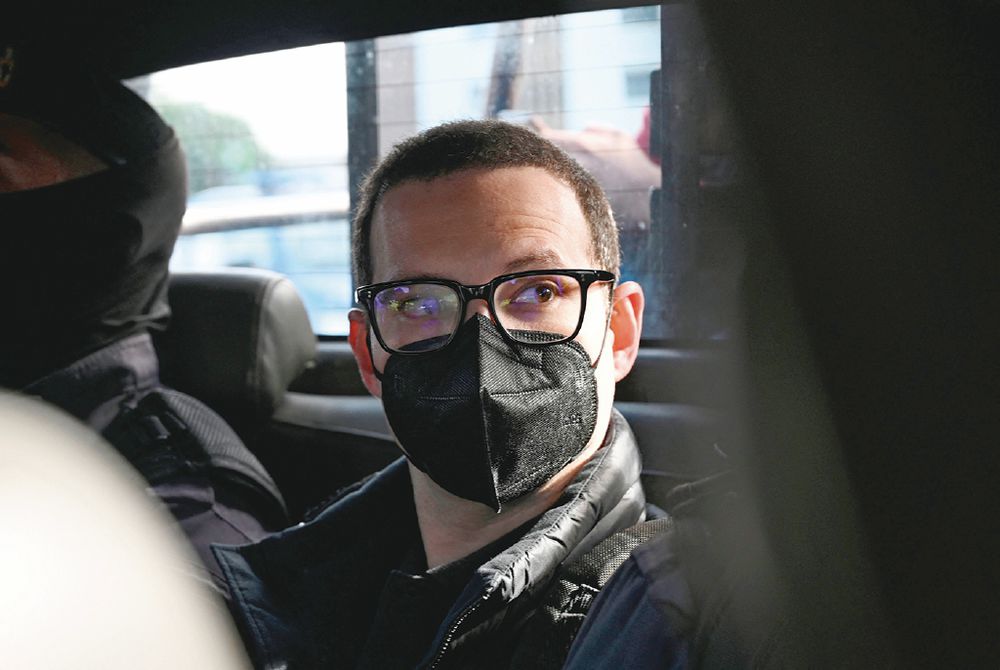 This week, a federal judge validated a plea agreement presented by the prosecutor in the Odebrecht case in the United States and the defense of Luis Enrique Martinelli Linares. In that agreement - the content of which was not disclosed in its entirety - the confessed admits that he and his brother were intermediaries to receive $ 28 million in bribes between Odebrecht and a former "high-ranking official of the Panamanian government," a close relative of the defendants.

That mysterious person we know who he is. We know how he sings and dances, we know how and what he talks about, we know where he will never go, we know who he hates with all his being, we know who his friends are - even those he thinks are hidden; We know what he makes fun of, what he uses the silver for and where much of it comes from. We know that he was spying on everyone and that he will never cease to be what he is. The description is only missing the name, but I have no doubt who it is, and neither should everyone who has at least one finger in the forehead.

In a country where principles prevail, all of this would be enough to end a political career, whatever it may be, but in Panama, not even confessing the crime does not lead to jail ... or lose in an election. And why does something like this happen? The answer is simple. You just have to see how the Public Ministry is dismantled to strip it of the authority to represent the Panamanian people and, instead, give it to people to control the fate of high-profile investigations.

What will happen to these cases? If anyone has any doubts, I refer them to the past. There you will find answers that look like these: impunity, nothing happens, etc. There are theories that are gaining ground among political connoisseurs of why all this is happening. One includes several aspects: bedroom agreements; candidates with a chance of winning in 2024 who are dropped in exchange for favors they receive now; that the gears of the alliances began to move, etc. If so, once again, voters will be used as useful fools, spoils offered as bargaining chips, and stepping stones to power. Time will confirm or deny it.

Perhaps they are frustrated because they expect more for themselves: some direct contract, work, a ministry, travel, money, and other despicable privileges that come with the abuse of the position. But they must remember that in the life of their leader there are priorities and certainly their manzanillos is not one of them. We may sometimes learn more about his time in America and what he was willing to do in exchange for his release, but unfortunately, it didn't work out. However, what he was willing to do speaks volumes about what he does not care about.

Those who have made a pact with him run the risk of betrayal. And it wouldn't be the first time. But they, drunk with power, deliberately ignore history. Luis Enrique Martinelli Linares was instrumental in the bribery game; however, he is not the big shot. But, as I said, there are priorities and priorities, and he and his brother are not among the first. Maybe they are No. 100 and 101 because up to No. 99, they are all already taken. - Rolando Rodríguez B.  LA PRENSA

Panama: Here's how a true U.S. government of democracy is formed! How the U.S. Government Is Organized The Constitution of the United States divides the federal government into three branches to make sure no individual or group will have too much power: Legislative—Makes laws (Congress, comprised of the House of Representatives and Senate) Executive—Carries out laws (president, vice president, Cabinet, most federal agencies) Judicial—Evaluates laws (Supreme Court and other courts) Each branch of government can change acts of the other branches: The president can veto legislation created by Congress and nominates heads of federal agencies. Congress confirms or rejects the president's nominees and can remove the president from office in exceptional circumstances. The Justices of the Supreme Court, who can overturn unconstitutional laws, are nominated by the president and confirmed by the Senate. This ability of each branch to respond to the actions of the other branches is called the system of checks and balances. Panama desperately wanted to reform the Constitution. Panama president Cortizo did the opposite, selected... THREE UNCONSTITUTIONAL ADVISORS!!! Cortizo knows the government Molirena party... LOTTERY SCANDAL BY THE ITALIAN MAFIAS!!! Cortizo knows former Panama President Martinelli and Sons involvement in various crimes including unlawful spying and... MONEY LAUNDERING!!! Panama former president Martinelli in public and in a rage was brutally slapping a former Panama president brother while his own sons were preparing to be extradited to the United States for his underground... MONEY LAUNDERING OPERATION YEARS IN THE MAKING WITH IMPUNITY... NO GOVERNMENT CHECK AND BALANCES OF POWER. THIS IS WHAT HAPPENS AND MARTINELLI CAN BE RE-ELECTED AND PROVIDE FOR HIS HUNGRY PEOPLE... CAMPAIGN FREE HAM. FREE HAM??? WHAT?? NO? FREE HAM IS A BRIBE TO BUY YOUR VOTES FOR A LOCO MARTINELLI AND HIS THREE UNCONSTITUTIONAL BADLY NEED REFORM GOVERNMENT FOR THE... POWER OF BUSINESS CONTROLLERS MAFIA STYLE OPERATION!!! THEY... WILL SPY AND CONTROL WHAT YOU EAT AND HOW YOU LIVE... MOSTLY IN JAIL IF YOU SO MUCH AS SAY ANYTHING AGAINST MARTINELLI!!! THE FIRE BREATHING DRAGON HAS ANABEL ABREGO AS HIS LOYAL CASH DISBURSEMENT EXPERT ON SUCH MATTERS AS HIS WELL BEING!!! PANAMA IS DAMNIBA AND DAMNIBLE WITH HIS LOYAL POLICE ENSLAVERS!!! YES, WE KNOW THE DEVIL UNVEILED WITH MORE DEPLORABLE CRIMES OF BETRAYAL ON THE WAY!!! PANAMA... SAVE YOURSELF... SAVE YOURSELF... YOUR DAMNED TO ETERNAL HELL!!!