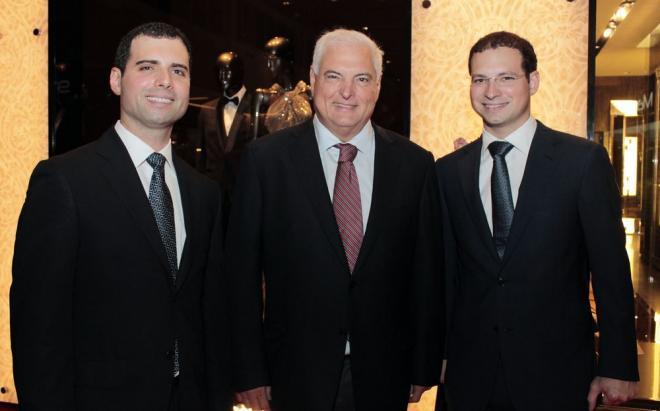 There is something I am missing  One of the sons of former President Ricardo Martinelli has asked to return to the country. He says that the Covid-19 does not allow him to live in the United States, where he, his brother and family went to live, while here they were investigated for being alleged perpetrators of serious crimes. Beyond how childish the excuse is, what it does reveal is that something has changed. Hell does not become paradise without the agreement of its rulers writes Rolando Rodríguez B. in La Prensa

Both Luis Enrique Martinelli - the one who wants to return - and his brother Ricardo Alberto, are up to their necks in the Odebrecht case. But now the first one has bail and is ready to return.

There are others reported from Brazil who are also almost happy. They speak wonders of the new attorney and they are no longer so concerned. At the same time, all of them, including the former president, ask that Juan Carlos Varela be prosecuted for the same crimes, certain that he, and only he, will be convicted.

And this is where I get lost. If Martinelli and his clique demand that Varela be prosecuted and sentenced, what makes him sure that his children will be free of guilt?

Logic tells me that if everyone received bribes, and there is evidence of it, then everyone should go to jail, with which, the so-called "princes" and the whole lot of circle zero would end up in the same cell as Varela. So should I think that the one with the accusing finger wants to see not only Varela in prison but also his offspring? Or, will there be a selection of culprits?

Recall that Odebrecht Vice President for Latin America, Luiz Antonio Mameri - responsible for approving bribes in the region - stated that Odebrecht director in Panama André Rabello asked him for authorization to pay bribes. Rabello told him that he was contacted by Martinelli's children and they agreed that the latter would receive $35 million in exchange for helping Odebrecht collect money owed by the state. This, not counting the processes opened for alleged laundering in Switzerland, money that would have been paid by Odebrecht, and deposited in the Swiss bank.

Jbb you love any right wing nutjob, don't you??!! Yes martinelli did a few things for the people, but just like the orange ignoramus, he was truly just transactional....do for you but MUST do for me first!!! Both are crooks and should be imprisoned for the rest of their lives for their crimes. May not happen here unfortunately. But there is always hope that it will happen in the US. Don't ya think???

Same goes for the U.S. and Canada where everyone is bought and paid for by the rich, like Gates.

Same goes for the U.S. and Canada where everyone is bought and paid for by the rich, like Gates.

In Panama the top criminals like Martinelli and sons are above the law and never pay for their crimes. Or maybe I should say they can afford to “pay a lot” for their crimes?

He's the only President with money named after him "The Martinelli" it's affectionately called around here.

How the Martinelli family has been persecuted, so sad to see. The only President in my 11 years in Panama that ever did anything for the people in the interior. Happy to see that he has been cleared and soon his sons also. I always shop at their supermarkets when I can.