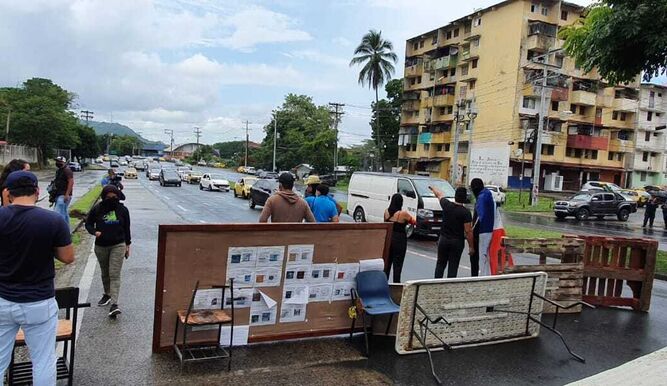 Students from the University of Panama (UP)  returned to the streets on Tuesday, September 15 to protest cuts in the budget of the country’s leading higher education center.

was unacceptable  University professors called on the rector of the UP to join the requests made by other unions so that 6% of the Gross Domestic Product (GDP) be destined for education.

In addition, protestors carried banners claiming that neither education, hunger nor housing have been a priority for the current rulers.

They want more money into education, housing and 'hunger' (aka food in this case).... as in socialism... can not do it on their own... the demonstrations are just practice for later when, if, they get done with their university, they can demonstrate for anything, everything, and whatever they demand from the government....