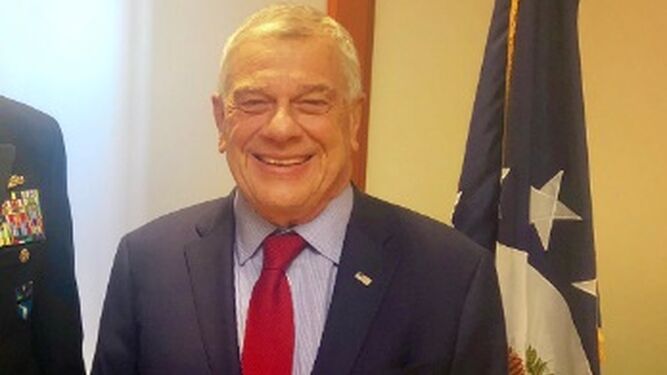 When the  Trump administration announced that Michael Kozak was the new interim undersecretary for Western Hemisphere Affairs , replacing the controversial hardliner John Bolton, he was labeled  "Trump's new hawk in Latin America,… a radical who is not afraid to use force."

Kozak is in Panama, on his  first visit to a country since taking office.

This Friday, October 18, he will meet with President Laurentino Cortizo and, later, with the Minister of Foreign Affairs and Minister  Rolando Mirones,. They will discuss bilateral relations between the two countries, cooperation in actions against drug trafficking, terrorism, and border security.  The democratic crises in Venezuela and Nicaragua will also be on the agenda.

Kozak will also participate in the inauguration of the AES liquefied natural gas terminal in the province of Colon, says the US embassy.

2 reasons he is here . push panama again to drop the $1coin because many countries around the world are dumping the USD and that is a threat to the US world reserve currency status .and 2 is the want to kill any idea of china buildind a rail system here because this is were the silk road needs to start and then head north .