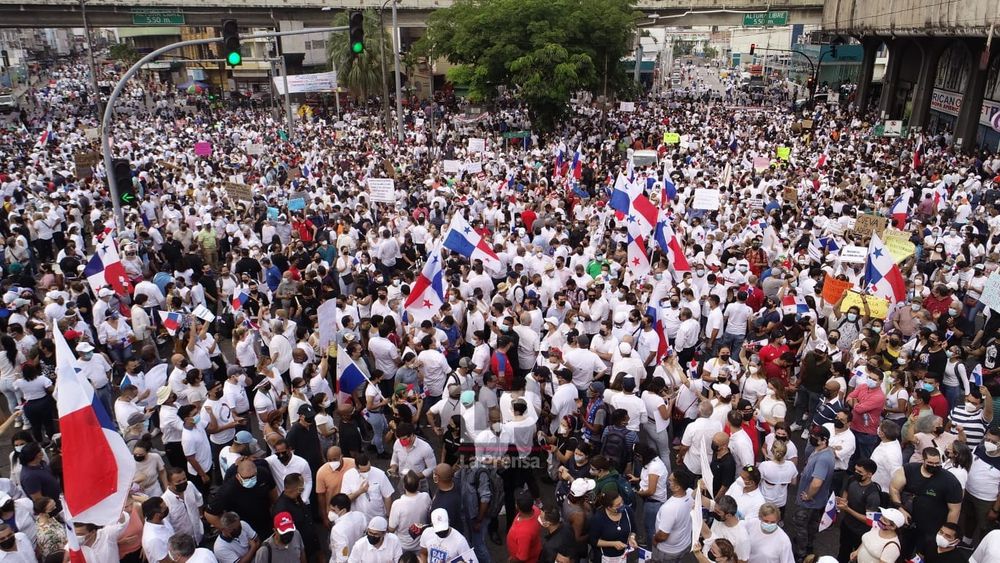 Thousands of members of multiple civil society organizations marched to the National Assembly on Tuesday, September 14 to express their rejection of the changes made to the electoral reforms by a group of deputies.

Promoted as “Civic Day” the event was replicated simultaneously in eight different parts of the country.

Many were dressed in white, others with the Panamanian flag in hand or other banners joined the concentration to chant slogans and bang pots in rejection of corruption and the way in which two blocks of the electoral reforms were approved in the Government Commission of the Assembly.

Police were deployed in the grounds of the legislature and metal fences were placed that prevented access to the street that connects the Plaza 5 de Mayo with the Assembly.

Jose Ramón Icaza, president of the Chamber of Commerce, participated in the mobilization and stressed that as a union what is sought is the continuous improvement of the electoral process as part of the strengthening of democracy.

"Justice,” … “enough is enough,” …  “down with the Assembly,“  … “do not play with the patience of the citizens “ and … “ out with corruption," were chanted at the demonstration.

In addition to the protest at the Assembly, in Panama City, the voices were also heard in Cervantes Park, David, Chiriquí; Government of Veraguas in Santiago, Veraguas; Libertador Park in La Chorrera (West Panama); Porras Park in Las Tablas, Los Santos; Via Interamericana, in Penonomé; Changuinola, Bocas del Toro; and Unión Park, in Chitré, Herrera.