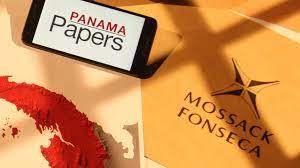 August has been one of the most violent months of 2021, while September began with several homicides and shootings, three of them in the San Francisco district.

From being a quiet area that inspired confidence to live and move, in less than 10 days the San Francisco  has been the scene of shootings and hitmen, adding three homicides, in less than

two of them in broad daylight and in crowded places reports  TVN News.

The first steps of the investigation indicate that the 3 victims were related to drug trafficking.For many, San Francisco has become the new red zone of the country where people with illicit purchasing power as a result of drug trafficking have come to reside and simulate a “reformed” life in exclusive areas.

the building where he resided, He had been sentenced to 90 months in prison for drug trafficking in 2017,

and after unpaid community work, he left prison with an impediment to leaving the country.

But apparently, he had not abandoned the drug business, an activity he continued to carry out from the exclusive area.

The other two shooting homicides, one occurred in the parking lots of a shopping center and the other

in a restaurant whose terrified customers took refuge under tables and chairs while they heard the shots and the hitmen escaped on motorcycles.