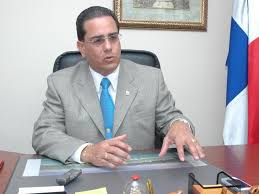 The chief of staff of the Ministry of Housing (Miviot), José Ruiloba, who threatened staff who did not post “likes” for pronouncements by  the Housing Minister and President Cortizo been fined 35% of month's pay   for  "Engaging in conduct that affects the smooth running of the public service."

The case became notorious when on August 14, a recording in which Ruiloba threatened a group with "respective actions" against officials who did not  post likes

According to the Aantai resolution, “the fact that the official issued a voice note, where he gives instructions to his staff to generate" likes " on social networks, undermines the image that society should have of its institutions… this action is alien to the mission of the ministry where the official works ”, says an Antai press release.

The entity reported that salary fines were  imposed on a justice of the peace in San Miguelito and a representative of Veraguas, for breach of the right of access to information.