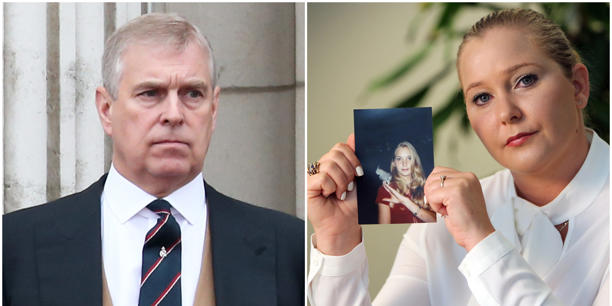 Andrew was stripped of military titles.

EFE - Queen Elizabeth II has decided to withdraw the designation HRH (His Royal Highness) and all his military titles from Prince Andrew, who will be tried in the United States for his alleged involvement in a sexual abuse of a minor scandal, Buckingham Palace announced Thursday.

In a brief statement issued by the official residence of the British sovereign, the Royal House indicated that with the approval of the queen and her agreement, the military titles of the Duke of York and his royal patronages have been returned.

The palace further announces that the Duke of York will continue to hold no public office and will plead his case as a private citizen, the note added.

From now on, Elizabeth II's son will also no longer be able to use the title "His Royal Highness" in any official capacity.

As soon as this drastic measure was made public, which deals a huge setback to the Duke and his entourage, an anonymous source close to Andrés told the British media that he will continue to defend himself against Virginia Giuffre's allegations.

That woman has consistently maintained that she was trafficked as a minor by millionaire tycoon Jeffrey Epstein, with the help of his right-hand man and former partner Ghislaine Maxwell, for sex with the prince.

"Given the harshness with which Judge (Lewis) Kaplan received our arguments, we are not surprised by his opinion," said that same source close to Andrés after the magistrate rejected all attempts by the duke's defense to file the case.

He added, however, that it was not a trial on the validity of Giuffre's allegations while considering that this process is a marathon, not a sprint and the Duke will continue to defend himself.

"While Andrew denies the accusations, Buckingham Palace will want him to settle the case so that Queen Elizabeth II can move on without more sordid headlines that weaken the monarchy and taint all members of the royal family, the prince is he will face the embarrassment of having to testify about his alleged activities with a 17-year-old girl"