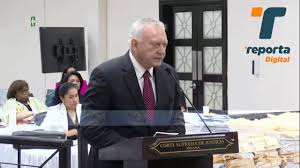 The Attorney General in charge, Javier Caraballo, announced that the Public Ministry will file an appeal against the ruling that provisionally dismissed Mossack and Fonseca from the Lava Jato case.

Caraballo indicated that, as an institution, he does not agree with the ruling of the Judge Third Liquidator of Criminal Cases of the First Judicial Circuit Baloísa Marquínez, who ordered the provisional dismissal of Jürgen Mossack and Ramón Fonseca Mora and 37 people, in the investigation of the Second Prosecutor's Office against Organized Crime, for the Lava Jato case.

“After the Public Ministry collects a series of evidentiary examples that in our opinion are sufficient for a person to respond in court, these elements have to be analyzed by a judge and that is what not what has happened," said Caraballo.

He said that, as a result of the decision by the judge, who argued that the Public Ministry failed to prove a crime in this case, he will present the appeal of the decision. The judge, Baloísa Marquínez Morán, indicated in her resolution that the investigation did not show which accounts were created in Panama, in order to hide money of illicit origin, nor the amounts of the money entered from companies offshore.

The investigation did not prove that the investigated law firm managed any funds or bank accounts from Brazil. The investigation began in 2016, "the product of a news event" in the framework of the Lava operation in Brazil that linked "a law office in Panama that created legal-financial structures to hide money from illicit activities."