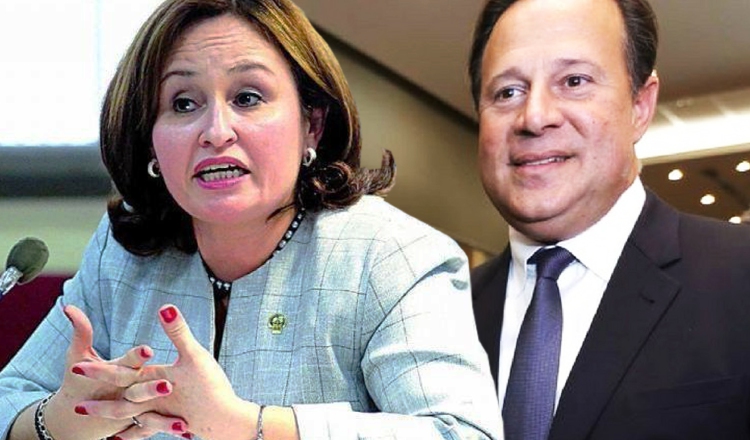 The future of Panama’s Attorney General  Kenia Porcell is being “studied ” following publication of leaks from the cell phone of former president Juan Carlos  Varela.

President  Laurentino Cortizo, made the statement to journalists on Friday, November 8 after announcing that a team of specialists is analyzing the veracity of the WhatsApp messages leaked from the cell phone and disseminated through the Varelaleaks website.

Among the leaked conversations are those with the Attorney General, which reveal a close relationship between the top representatives of the Executive and the Public Ministry, which must be governed independently.

Asked about an eventual request to resign from Porcell, Cortizo replied at first that "the resignation is a very personal matter for her". Pressed by  journalists, he said that "it is an issue that I have to analyze."

Cortizo said that under his Presidency "we will not be wiretapping anyone illegally. Yes, there are judicial taps but not from the point of view of one person or another who says. We do not waste time on that”

The prosecutor has not yet commented on the Varelaleaks.

On Thursday, in an interview with  Telemetro Reports, Varela referred to his relationship with Porcell.

Martinelli fingered
"The prosecutor faced a criminal organization that undoubtedly remains unpunished, led by the former president ... An official feels lonely because he fights against a structure that has the capacity not only to intervene a president's phone but also to go to a [foreign] country, to mount in a cloud all the information [of a cell phone] ... this costs millions of dollars, "Varela said.

"I had the responsibility of coordinating with the  Attorney General.... That level of communication is mandated by the Constitution ... There was support, always respecting the independence of the Public Ministry," and added that, as governor, He also supported the Public Force, "in the fight against these groups that believe they are unpunished."