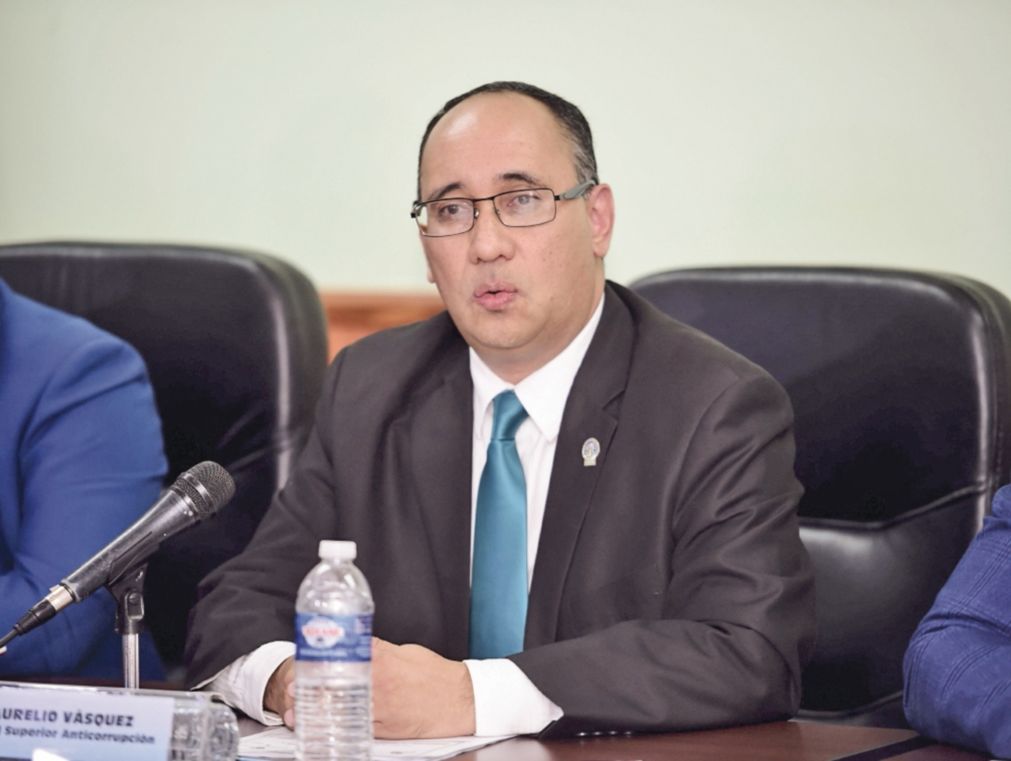 A key player in the Blue Apple bribery scandal that cost Panama $tate nearly $80 million will be jailed for over five years following a plea bargain.

Blue Apple was a basket company created to receive bribes from companies that tendered with the State in the 2009-2014 period.

The Sixth Anti-Corruption Prosecutor's Office and Edward Domínguez agreed on a 66-month prison sentence, as part of the case.

In the pact, validated by the Eighteenth Criminal Court, Dominguez gave details of his participation in the scam

According to the investigation of t sixth anti-corruption prosecutor, Aurelio Vásquez, the Blue Apple company transferred funds to companies controlled by Domínguez, who later gave the cash to two of the actors in the plot: Federico Barrios, legal representative of Blue Apple; and Joaquín Rodríguez Salcedo, former vice president of Factoring of Global Bank.

He changed about $3 million,.and for each transaction, received between 1% and 3%. Dominguez admitted to money laundering and is currently in custody.

Dominguez is one of the 61 accused in the investigation. worked at the University of Panama, where he earned $ 700 per month. But, was a lynchpin in the chain of bribes created by lawyer Federico Barrios, representative of the Blue Apple company, and banker Joaquín Rodríguez Salcedo

Dominguez, the husband of a niece of Salcedo, had the task of changing checks received in a personal capacity and through two companies of which he was legal representative.

According to the Public Ministry, he would have changed at least $3 million. The is cash was returned to Barrios and Rodríguez Salcedo, funds that would have been used to pay bribes.

For each transaction, Domínguez earned between 1% and 3%.

In a press conference, prosecutor Aurelio Vásquez said he is preparing the fiscal hearing to request the trial of the 61 accused. He revealed that through the company Blue Apple, a possible patrimonial injury of $78.3 million was detected, of which $ 33.6 million has been recovered reports La Prensa.

Another is Kristelle Getzler, who served as Secretary of Economic Affairs and is the wife of former Minister of Finance Frank De Lima.