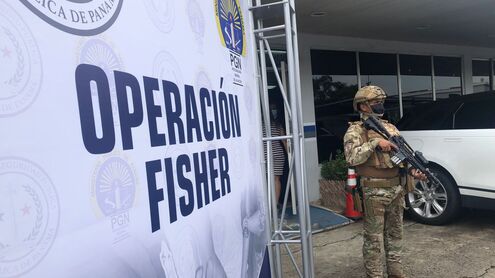 A plea agreement with the Drug Prosecutor’s Office resulted in a 68 months prison sentence for one of the detainees in “Operation Fisher”, against a criminal structure that operated in the country in collaboration with the Colombian cartel Clan del Golf.

The man was convicted on  Monday, December 6 on charges of conspiracy to commit a crime and is the first person convicted in a case that has captured the attention of regional media since the first week of December.

It was the fifth day of the hearing of the Fisher operation, where the Public Ministry obtained precautionary measures to 22 of the 57 defendants.