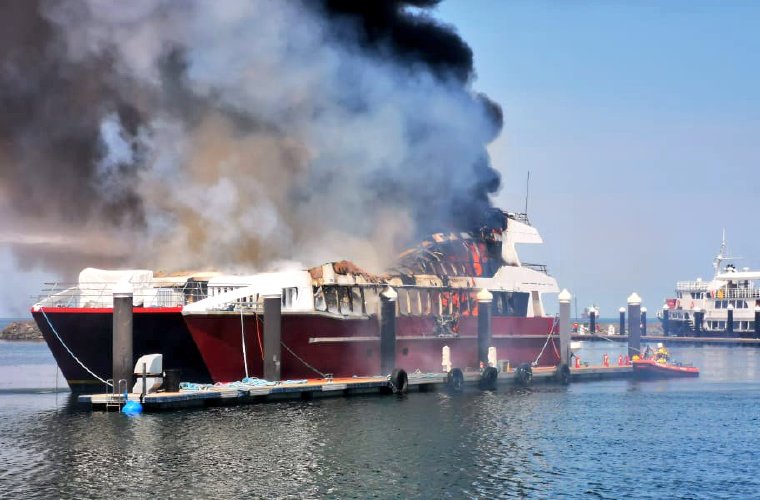 Eight armed men attacked and robbed the Alibaba yacht and raped two young  Norwegian women crew members, in  Nombe Dios Bay on the coast of Colon on the weekend.

Although the event was reported on Sunday, it occurred between midnight Friday and early Saturday.

The  six  young people aboard.,four men and two women were attacked by eight men  who arrived in a boat with an outboard motor  carrying  knives and  guns  and wearing balaclavas

One of the rape victims was 20 years of age the other 35.

The pirates took money, cell phones and other property that belonged to the victims.

The sailboat captain was identified as Jorgen Brevik.

That's why I will have firearms on board my vessel and have 24 hr watches ,,rather fight back than have one of my crew raped of murdered ,just my opinion

Sailing or just staying in areas where living standards are in por shape is not as safe as in better standing countries. U get desperate people. Raping is just level up from robbing.

Going to have to allow captains to carry guns or something soon...i think we should be able to with a special international permit or something

Theonlyone - seriously, comparing the US to these thug areas? Where is America wold I have my sailboat moored and get this behavior? We dont lock our sailboat ever and moor all over without issues - ever. YOu are a moron sir

Jcrew, this isnt "piracy" what planet are you from? Ive been living aboard and sailing here for over a decade, and Piracy has become an issue in only that last few years. An Austrailiian Captain was murdered in San Blas earlier this year, and there have been many piracy attacks in the last few years. "Democrats" you make me laugh.

For what its worth the conversation among the local sailing community is that the local police have been compromised.

I hear syria is a terrible place to vacation also even worse than Panama, using your logic. It's true that anywhere in the United States that's controlled by Democrats have equal problems ie Chicago, Baltimore etc.. but look they have basically the same demographic as Panama " thugs" thanks to sanctuary policies and kid glove treatment of gangs. No one would advocate a vacation to a sanctuary city either. Bad food, service, trash all over the roadways, rats during the day and the gringo upcharge on everything is reason enough to avoid Panama. Mexico is worse than Panama for crime and tourism is down there also. Just because some other place is more dangerous does not make Panama any less dangerous.

Jcrew: I do sympathize with this terrible issue. However, The incidents Panama News has stated and you have indicated are not uncommon worldwide. In fact when looking at the stats for Panama (reported) these incidents are low; especially, with similar type incidents occurring from San Diego to the Central Coast of California that are increasing for the past 4 yrs. by 46%. I am not making light of this tragedy, to the contrary, but Panama when considering it being a Latin American country is relatively safe. One clear example is the murder rate in Panama to include this topic is less than 200 a year for the country. When compared to Los Angeles for this year of approx. 500 murders, or Detroit of approx. 600, or New York of approx. 500 and in general violent crime in the country (DOJ.com)... the US is in bad shape and it includes everything you have expounded on. So to say “... pick a safer vacation destination” neglects accounting that many areas of the world have similar problems with humanity, and by extension, your selective analysis is unfair to the country.

Nice comment; luckily those things happen only in Panama and not in the US.... Now answering seriously : Panama has harsh penalties, and they are harsher if foreigners are involved. Yes, Colon is a more dangerous area due to the gangs, but again : i think parts of US are more dangerous than Panama....

These are not "Pirates" these are thugs who see a nice yacht moored and then plan their attacks. Same as always they use a Panga and hit the victims late at night. Has happened to boats moored off of Bocas Del Toro and other areas. There is a false sense of security thinking that you are sleeping offshore away from the thugs of Colon but the thugs will come to you! The girls were lucky they weren't kidnapped and brought to the mainland. Expect light sentencing for those who did this as the Raping of "Gringas" is not considered such a bad thing. 2 gringas disappeared not long ago while hiking in Chiriqui. Their dismembered bodies were found and the cases were dismissed as animal attacks. They were attacked by animals alright the kind with 2 legs and a panama accent. Why anyone would bring their wives or daughters to Panama is beyond me. Remember the Tourist who was lured and raped by a Royal Decameron employee when she left the Resort disco? Taken to where there were no cameras and raped. Too many examples to list them all, but do your family a favor and pick a safer vacation destination.