Petro proposes plan to cancel extradition to US 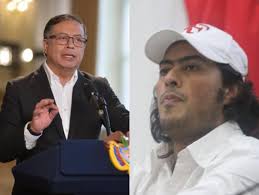 AFP- Bogata – The president-elect of Colombia, Gustavo Petro, proposed Sunday to stop the extradition to the United States of people who avail themselves of a possible process of "peaceful dismantling of drug trafficking."

In an interview with the Cambio portal, the first leftist to come to power in Colombia proposed "subjecting extradition to non-compliance" with "processes for the peaceful dismantling of drug trafficking."

The measure will depend on “a negotiation with the United States and maybe they don't want it. Or yes,” added the senator and former guerrilla.

The extradition "is a bilateral treaty and then there are two, like every marriage," emphasized the president, who will assume the reins of the main US ally in the region on August 7.

Both countries work together in the failed fight against drug trafficking, of which Petro has been a staunch critic.

As part of his ambitious agenda to transform a country with a huge social gap and plagued by violence, Petro had announced a "collective submission policy to justice" for drug traffickers.

Extradition has been one of the main tools to punish Colombian cocaine lords like Otoniel, the former head of the country's largest drug gang handed over to the United States in May.

Two days after winning the elections, Petro spoke by telephone with US President Joe Biden, who promised, according to him, "a more egalitarian relationship."

After several decades of fighting against coca crops, Colombia continues to be the largest producer of cocaine in the world, and the United States is the main consumer.