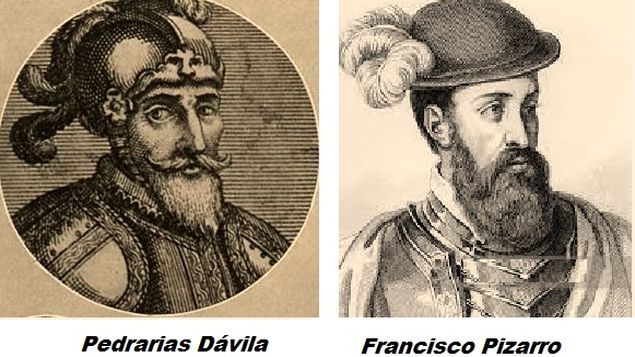 Panama’s   Ministry of Economy and Finance (MEF) is still pondering  what to do with the sacks of  50 cent coins that were minted  to mark the 500th anniversary of the founding of the city of Panama by Pedro Arias Dávila (Pedrarias Dávila), but mistakenly carried an image of  Francisco Pizarro the conqueror of Peru.

The historian Rommel Escarreola describes the $2 million error as the result of having  “an uncultured political class and  not interested in the historical aspects of the country who “threw themselves into a pool without water”.

The historian's reactions came after La Estrella  revealed that the Ministry had discovered that the coins that were contained an error.

For Escarreola, there are confusions about the images of the Spanish colonizers, especially those that appear on the internet. Pedrarias is often confused with Hernán Cortes, he said.

On Saturday, August 17  the MEF ordered the suspension of distribution of the coins while the  image of Pedro Arias Dávila, was validated.

On Monday, the MEF clarified that the destruction of the currency has not been ordered, nor has Minister Hector Alexander asked the legal team to determine if there are criminal or administrative responsibilities for the error, reports  La Estrella de Panamá.

The design of Pedro Arias Dávila that appears on the coin was supplied by the Patronato Panamá Viejo and this organization also endorsed its final design, explained the MEF in its press release last Saturday.

The coins are probably just those pot metal coins that are pretty much worthless anyways. Panama should just put the coins out there so they can at least be used. If Panama wants to mint a coin to honor the founder of Panama City, have some silver coins minted. Real silver coins. People would buy them and collect them which would honor Pedrarius Davila. No one cares about those pot metal 50 cent pieces unless you want to buy a soda.