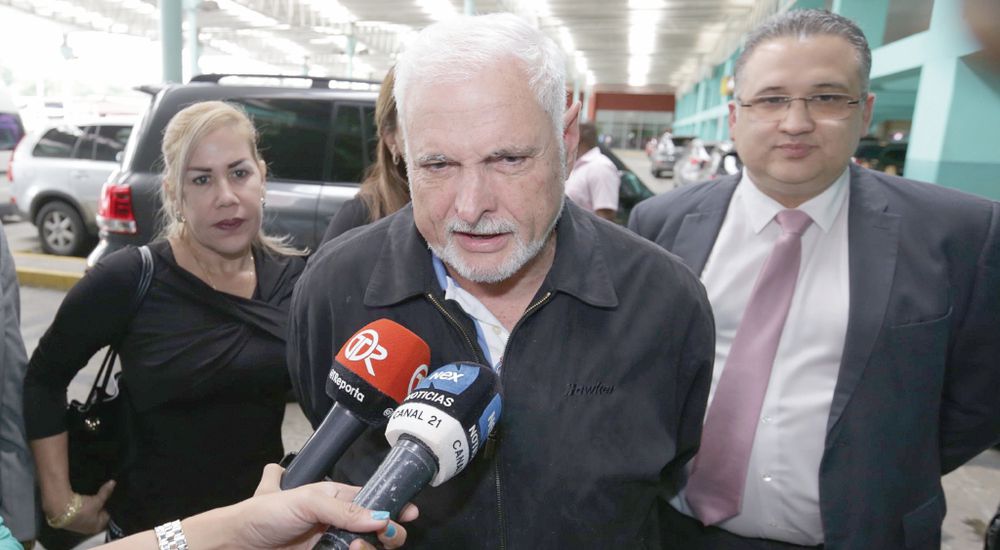 The Special Prosecutor's Office against Organized Crime will continue with the trial of former President Ricardo Martinelli for illegal wiretapping despite the fact that two of the six plaintiffs gave up their claims as accusers.

Sources from the Public Ministry (MP), told La Prensa that, the case began from the complaints of the victims of the wiretaps and although some of these - who initially became plaintiffs - withdrew from the complaint, the process continues.

“In this case, all the victims filed complaints and very few became complainants. These people could reach agreements with the accused and present withdrawals, but the prosecution has to continue ”

Sources linked to the process indicated that both reached agreements with the former president, although no details were given of the economic compensation they may have received.

Martinelli published a video through his Twitter account, in which he said: "It is clear that if they insist on violating my medical disability I will go to all hearings, despite the fact that This endangers my health and my life, but I hold the judges of the Trial Court, Vice President Gabriel Carrizo and Magistrate María Eugenia López responsible ”.

PRD leader Balbina Herrera, the lawyer Rosendo Rivera and the journalist Rubén Polanco confirmed that they will appear in their capacity as plaintiffs when the oral trial of Martinelli begins, on July 21.

Money Talks
One of the most radical innovations of the adversarial criminal system (SPA) is the transactional spirit of access to justice. Under the pretext of the inefficiency of the State, prison overcrowding, and the relevance of the victim in criminal justice, mechanisms were introduced to promote the alternative solution to criminal disputes.

This means that in the wiretap case, the withdrawal of any of the complainants, in exchange for financial compensation,  removes those victims from the process.

One of the great criticisms of the SPA throughout Latin America is that it favors the differentiated application of justice, depending on the pockets of the victims and the criminals… as in auctions, the highest bidder wins.