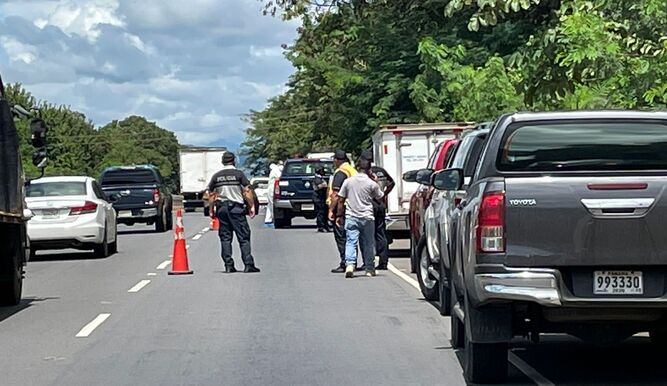 The bodies of the murdered men were found a few meters from a bridge over the Chico Nata river.

The kidnapping and murder of the American businessman Randall Leigh Steittmeir, and his pilot Armando Miranda,  whose bodies were found in Río Chico, Natá, has finally alerted the security authorities to a growing crime wave after months of denials.

The investigation into the kidnapping of Steittmeir and two other people close to his aerial fumigation business was carried out by the Special Prosecutor's Office against Organized Crime, but their murder has led to the intervention of the Homicide and Femicide Prosecutor's Office.

Sources linked to the investigation revealed that the kidnappers demanded a ransom of $350,000 for freeing Steitmeir, who owned a fumigation company, as well as the other two people.

The sources revealed to La Prensa that a first payment was delivered to the kidnappers, but then they demanded the entire ransom, after which contact was lost and then their bodies were found in Natá

Two weeks ago in that same sector, the lifeless body of a young woman resident in Aguadulce was found.

This double crime is in addition to the five people who were murdered last week at the Espacio Panamá nightclub, in Casco Viejo, as well as a triple homicide n Kuna Nega, in the vicinity of the Cerro Patacón landfill.

The bodies were bound and their hands tied and it is presumed that they were killed elsewhere and their bodies were abandoned near the landfill.

On Tuesday two people were arrested in Santa Anna for their alleged connection to an attack last Thursday in Los Angeles, which left three injured, one of them seriously.